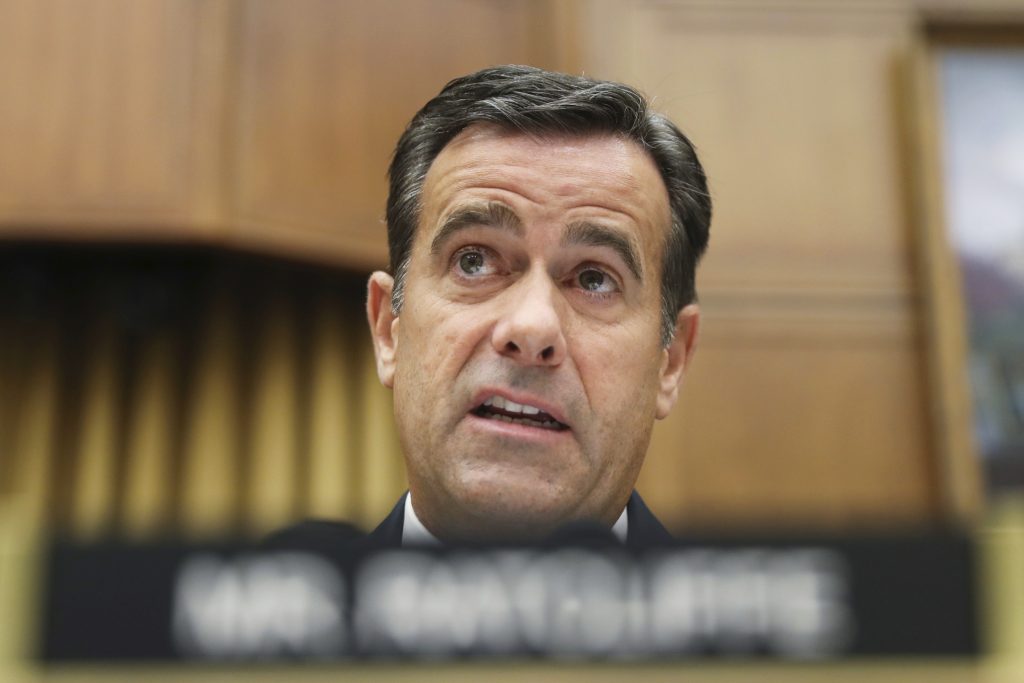 The United States’ top intelligence office told lawmakers it will largely stop holding in-person briefings on election security, officials said on Saturday, signaling it does not trust lawmakers to keep the information secret.

President Donald Trump’s new director of national intelligence, John Ratcliffe, notified the House and Senate intelligence panels on Friday that it would send written reports instead, giving lawmakers less opportunity to press for details as the Nov. 3 election approaches. An official in Ratcliffe’s office, speaking on the condition of anonymity, said it was “concerned about unauthorized disclosures of sensitive information following recent briefings.”

The move drew a heated rejoinder from House Democrats, who have focused on foreign efforts to sway the presidential election in 2016 and again this year.

“This is a shocking abdication of its lawful responsibility to keep the Congress currently informed, and a betrayal of the public’s right to know how foreign powers are trying to subvert our democracy,” House Speaker Nancy Pelosi and Intelligence Committee Chairman Adam Schiff said in a statement on Saturday.

Ratcliffe’s office had offered to hold in-person briefings for the House and Senate oversight panels next month, even after concerns surfaced about leaks from previous meetings, a House committee official said. It later rescinded the offer.

The decision was first reported by CNN.

The Office of the Director of National Intelligence said this month that Russia, which orchestrated a hacking campaign to sway the 2016 election in Trump’s favor, was trying to “denigrate” Trump’s 2020 Democratic opponent, Joe Biden. And it said China and Iran were hoping Trump is not re-elected.

“For clarity and to protect sensitive intelligence from unauthorized disclosures, we will primarily do that through written finished intelligence products,” the ODNI official said, speaking on condition of anonymity.

Ratcliffe, a close political ally of Trump, is a former member of the House intelligence panel and was a vocal defender of the president during investigations of Russia’s efforts to influence the 2016 election. He told senators during his confirmation hearing this year that “the intelligence I deliver will not be subject to outside influence.”