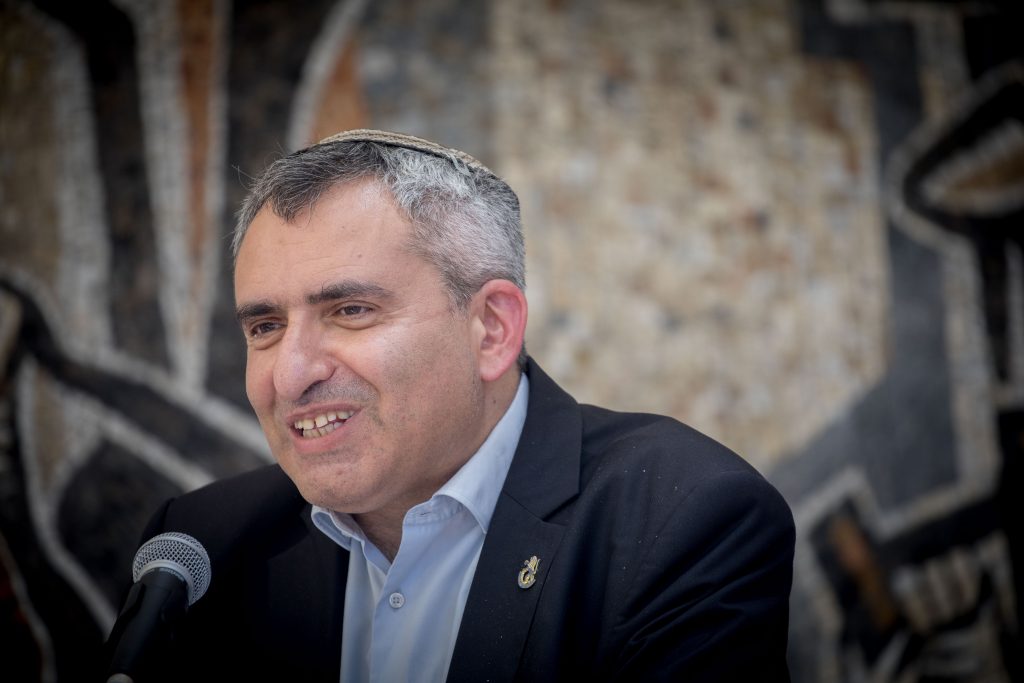 Higher Education and Water Resources Minister Ze’ev Elkin (Likud) has been appointed by Prime Minister Binyamin Netanyahu to lead a team of ministers that will examine an outline for the possibility of Israelis traveling to Ukraine, to be in Uman for the upcoming Rosh Hashanah.

According to a statement from the Prime Minister’s Office, “In coordination with Health Minister Yuli Edelstein and coronavirus taskforce coordinator Prof. Roni Gamzu, the prime minister has appointed Minister Ze’ev Elkin to head a team that will evaluate the possibility of an outline for travel to Uman, under the severe restrictions of the authorities in Ukraine.

Elkin was born in Ukraine.

As has been extensively reported by Hamodia, the Ukrainian authorities decided last week to prevent foreigners from entering the country, from Friday until Yom Kippur, to prevent Breslov Chassidim from reaching Uman ahead of Rosh Hashanah.

Meanwhile, a group of Uman residents clashed on Friday with a group of Breslov Chassidim who had managed to arrive in Ukraine last week. An argument between the parties developed into a brawl.

Many Breslover Chassidim demonstrated on Motzoei Shabos against Prime Minister Netanyahu due to the sweeping ban this year on traveling to Ukraine, and to daven at the kever of the Rebbe Reb Nachman of Breslov in Uman.

On Thursday, dozens of Breslov Chassidim demonstrated in Tzfas and took advantage of Netanyahu’s vacation at a hotel in the city.

Meanwhile, coalition chairman MK Miki Zohar (Likud) said Motzoei Shabbos that the decision to create a ministerial committee to deal with this issue was correct, but it is a shame that it came too late.

“We could have prevented embarrassment with a quicker decision, but better late than never,” he wrote. “A plan was presented (to limit it to 6,000 passengers to Ukraine, with corona tests on their way there and back) a week ago, and this could have solved the unnecessary crisis. I hope that, b’ezras Hashem, this plan will now be accepted.”