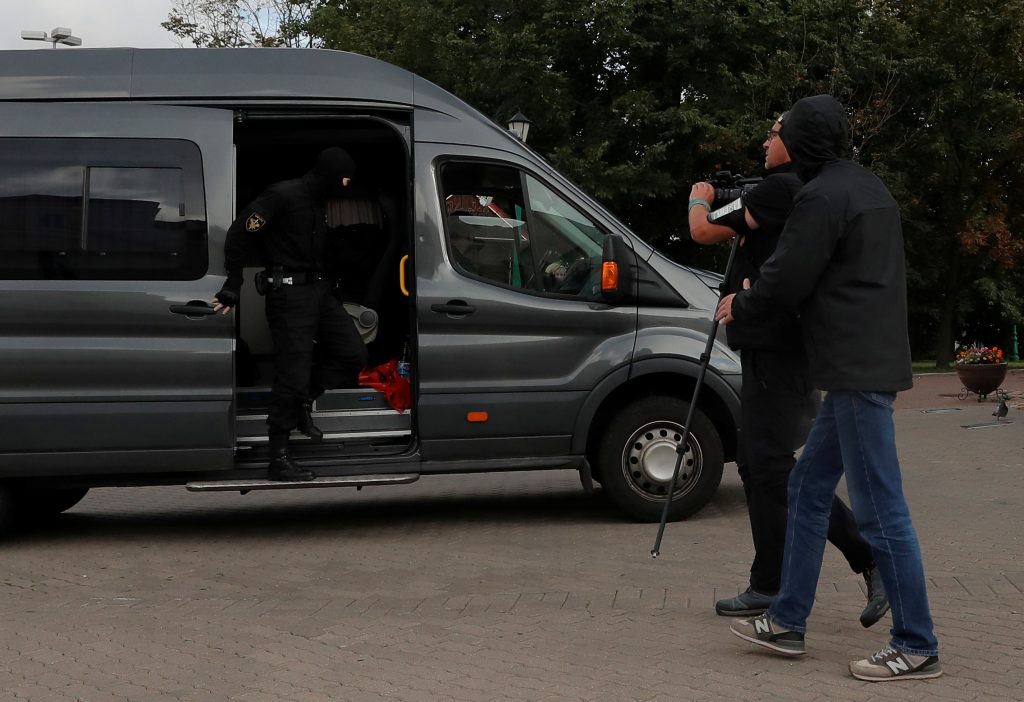 Belarus President Alexander Lukashenko banned foreign journalists from covering the street protests in Belarus as he ratchets up the crackdown following his contested landslide victory in the Aug. 9 elections.

Belarus’s Foreign Ministry withdrew the accreditation of more than a dozen reporters working for foreign media outlets, including AFP, BBC, Reuters, Associated Press, the Wall Street Journal and the New York Times, the BBC and other media reported Saturday.

The U.S. and the European Union have accused Lukashenko of rigging the vote in his favor and have criticized the subsequent police repression of protesters. The EU has pledged to expand its sanctions against Belarus, which has been ruled by Lukashenko since 1994.

The clampdown on journalists came as Lukashenko’s closest ally, Vladimir Putin, said the election outcome was legitimate. The Russian president said observers from the Organization for Security and Cooperation in Europe had declined an invitation from the Belarusian authorities to monitor the election, which may indicate it already had a position regarding the results.

“Therefore, someone may question election results, while I have all the grounds to doubt that those who question them have been fully honest,” Putin told Rossiya-1 television as cited by Interfax.

Putin has offered to send police officers to Belarus as Lukashenko responds to mass opposition rallies in Minsk by arresting thousands of protesters. Some of those detained say they have been tortured in custody.