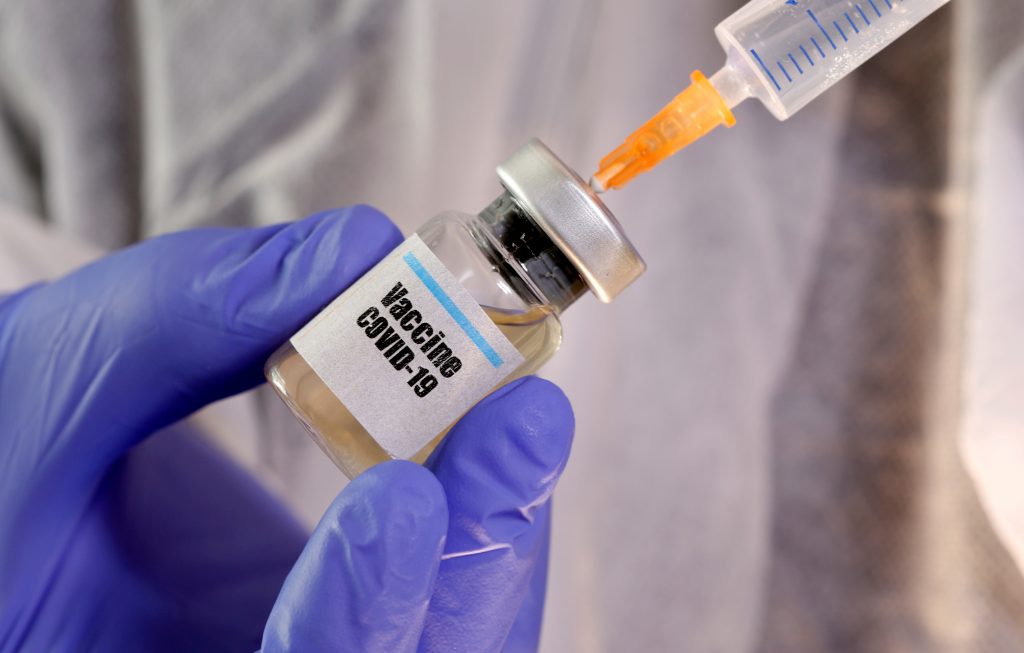 The World Health Organization (WHO) will next week receive a raft of pledges of support for its plan for COVID-19 vaccines for all.

But the agency has already had to scale back its ambition.

The United States, Japan, Britain and the European Union have struck their own deals to secure millions of COVID-19 vaccine doses for their citizens, ignoring the U.N. body’s warnings that “vaccine nationalism” will squeeze supplies.

If other countries that can afford it pursue a similar approach, the WHO’s strategy for fighting the coronavirus pandemic globally and equitably risks coming undone, experts warn.

“If that were to happen, it’s fairly clear that there would be insufficient volumes of vaccine available for any other countries, particularly in the first six to nine months,” said Alex Harris, head of global policy at the Wellcome Trust health charity.

Countries wishing to be part of the WHO initiative, dubbed COVAX, must submit expressions of interest by Monday.

More than 170 countries, including Canada, Norway, South Korea and Britain, have submitted non-binding expressions of interest to participate in the scheme, which the WHO has touted as the only global initiative to ensure COVID-19 vaccines are available worldwide to rich and poor countries alike.

It has signed up nine COVID-19 vaccine candidates and set out plans to obtain and deliver 2 billion doses by the end of 2021 across countries that sign up.

But it has struggled to get wealthier countries on board in full beyond pledges of funding and warm words about donating surplus vaccines.

Last week, WHO chief Tedros Adhanom Ghebreyesus criticized nations that hoard vaccines, warning the strategy will worsen the pandemic. In a last-ditch call for support ahead of Monday’s deadline, he wrote letters to members urging their participation.

The EU Commission is “fully committed” to the success of COVAX while it enters into parallel talks with vaccine manufacturers for supplies for the bloc, a spokeswoman told Reuters.

Britain said it was supporting COVAX to ensure equal access to vaccines, including funding, while doing its own bilateral supply deals.

The White House did not immediately comment on the situation. The United States did not participate in the launch of the program in April or a fundraising event in May.

The EU’s aggressive deal-making for vaccine supplies and tepid statements about COVAX have in particular undermined the initiative, which is co-led by the WHO, the GAVI vaccines alliance and the CEPI Coalition for Epidemic Preparedness Innovations.

The European Commission is likely to pledge cash for COVAX but it is also securing its own supply deals for member states, deeming COVAX too slow and expensive.

Brussels has told countries they can help fund COVAX, but can’t seek to buy vaccines via both schemes, a Commission spokesman said. Forced to choose, some countries have pulled out of COVAX entirely.

The Czech Republic and Portugal were listed as early backers, but government support appears to have cooled after joining the EU vaccine procurement program.

Prague has opted for the EU program instead.

Portugal has asked for an initial delivery of 6.9 million doses of vaccine when the EU program becomes available, the government has said. Asked if it would take part in COVAX, a spokesman for the country’s drug regulator INFARMED said it would coordinate its participation in the program with other European nations.

Other WHO members that are already major donors to existing global vaccine programs unrelated to COVID-19, are still on the fence too.

Brazil, with the world’s second-worst coronavirus outbreak outside the United States, has not yet decided whether to participate, a Health Ministry spokeswoman said.

In Japan, deputy Health Minister Hisashi Inatsu said he would like to enter discussions about participating, but the government has not said whether it will submit an official expression of interest by Monday.

Like many wealthy nations, Japan has ordered its own supply of shots, with almost 250 millions of doses of potential vaccines booked from AstraZeneca, Pfizer and BioNTech.

Officials say both COVAX and government deals can run in parallel, but that’s a radical departure from the original plan outlined in the spring.

In acting alone, countries will create “a few winners and many losers” Richard Hatchett, CEO of CEPI, warned on Monday. It also means poorer or less powerful countries may go to the back of the queue for vaccines that could help them control the pandemic.

“The risk is that access to COVID-19 vaccines will be defined by purchasing power and the ability to sign advance purchase deals rather than the medical needs or the shifting epidemiological situations,” said Dimitri Eynikel, EU representative on medicines and vaccines for Doctors Without Borders.

The initiative is all the more significant for the WHO as scrutiny grows on its handling of the pandemic. The results of the first round will highlight the challenge of tackling a global crisis with competing individual interests.

One senior European government official explained the dilemma facing wealthy nations: how to support a vaccine for developing countries when there may not be enough for your own population. Diverting resources abroad “is difficult to sell at home”, he said.