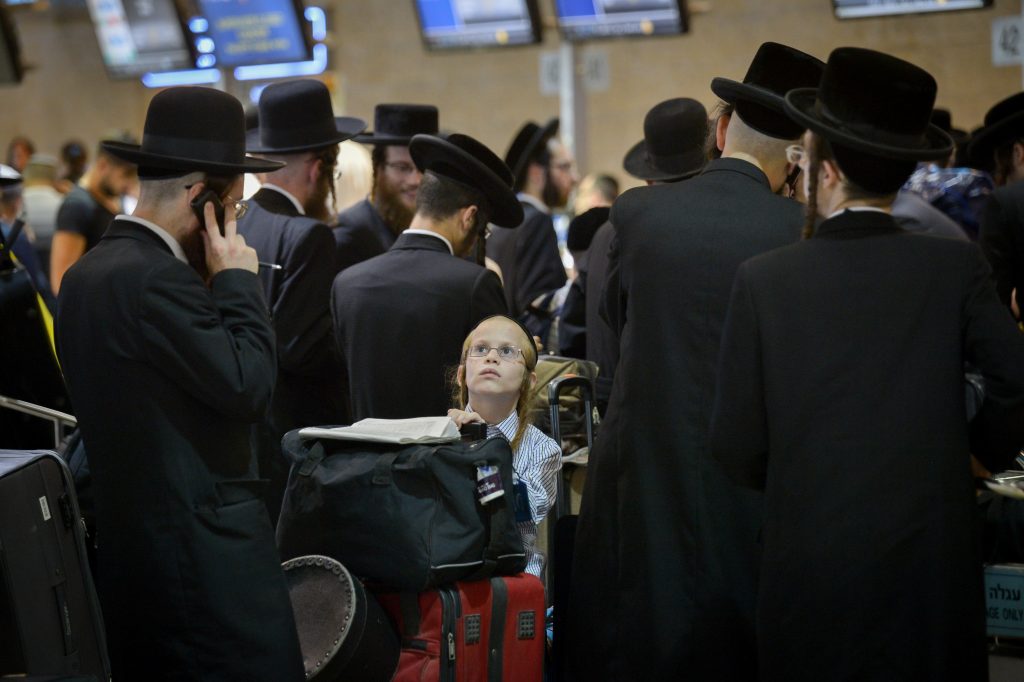 Ukrainian authorities refused entrance to dozens of Israeli Jews, who came with the intention of staying until Rosh Hashanah, to daven at the kever of the Rebbe Reb Nachman of Breslov, zy”a, in Uman. After several hours being detained, the Israelis were allowed to enter the country after a policy change.

The refused passengers initially spent the night in the airport ahead of their planned deportation back to Israel. When they refused to sign their deportation forms, Ukrainian officials did so in their names.

Reports from Ukraine said that Border police detained the Israelis in a facility with barbed wire fences.

There are children among the group, and they claim they did not have water or medications in the holding cells.

The Israel Embassy said that their staff are working with the government so that those who had been refused entry should be treated fairly, as well as receiving kosher food. Israel Ambassador to Kiev Joel Leon went to the airport to take a closer look at what is happening and to see what assistance can be given the Israelis.

Prime Minister Benajmin Netanyahu has announced the government is working with Ukraine to allow more visitors to travel to Uman, along with those who have already arrived in Ukraine.