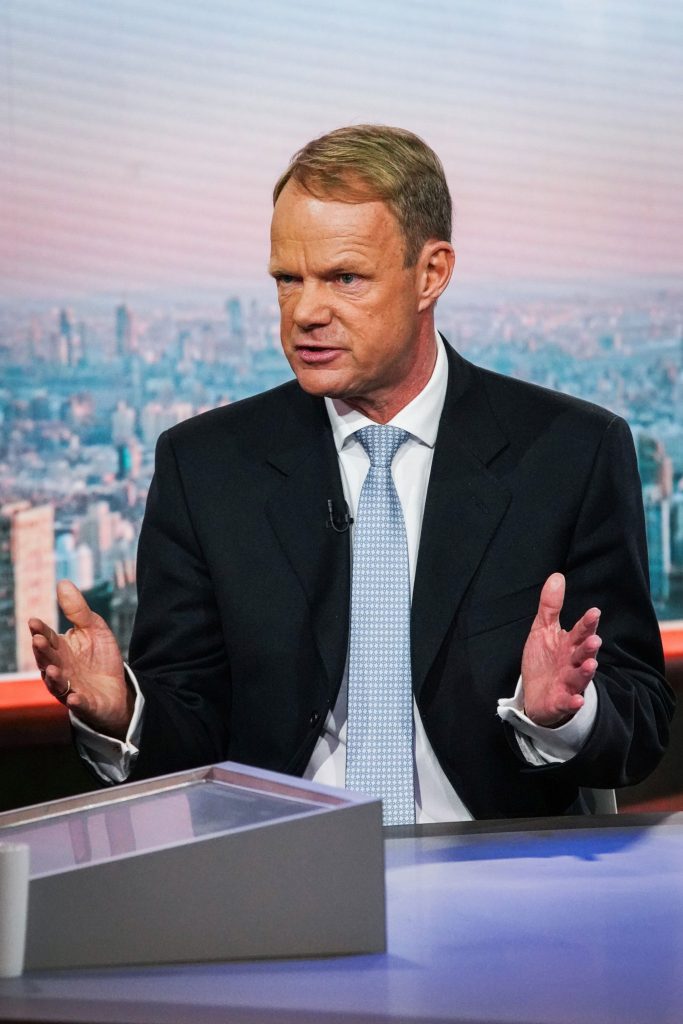 Teva Pharmaceutical Industries’s chief executive officer said settlement talks with U.S. prosecutors failed after the Department of Justice demanded the generic-drug maker admit to allegations that could increase its exposure in other litigation.

“It’s hard to admit to a crime you didn’t commit,” CEO Kare Schultz said in an interview on Wednesday. “When it has significant collateral consequences for other legal situations occurring at the same time, it becomes even more difficult.”

On Tuesday, Israel-based Teva’s U.S. unit was indicted by federal prosecutors on charges of participating in three conspiracies to fix prices and allocate customers between competitors from May 2013 to December 2015, allegedly leading to at least $350 million in overcharges to patients. It’s the most significant case to come out of a yearslong Department of Justice investigation.

Schultz said Teva is prepared to fight the criminal charges, though a trial is likely still years away. The company has reviewed more than one million documents, emails and other communications, and has found “no sign of organized price-fixing,” according to the CEO.

The Justice Department probe has come to a head in recent months, with prosecutors agreeing to a total of $426 million in settlements with five companies. A sixth company, India’s Glenmark Pharmaceuticals, was charged and pleaded not guilty.

Teva’s U.S.-traded shares rose less than a percent to $9.59 at 10:19 a.m. in New York on Wednesday. The stock fell as much as 6% on Tuesday after Bloomberg News reported that the government was planning to charge the company.

Teva and other generic-drug makers are also facing civil lawsuits filed by state attorneys general and other plaintiffs accusing them of a conspiracy to divide up customers among themselves and increase the prices of medicines.

Admissions of guilt in the U.S. criminal probe would have led to additional exposure in those civil suits, according to Schultz. “It’s always tempting to settle because you avoid the trial and the news flow,” he said, acknowledging that Teva had considered a deferred prosecution agreement. “The collateral effects of settling really didn’t make sense to us.”

Fighting the criminal charges in the courtroom will strengthen the company’s defense in other litigation, Schultz said.

Still, “it will take a number of years before we get toward the actual trial,” Schultz said. “We will prepare ourselves the best we can along the way.” He said it’s difficult to predict when a trial would take place given current delays within the legal system due to the pandemic. A settlement proposal remains on the table, too, despite the indictment.

In the meantime, the U.S. charges will not have a practical impact on the company’s operations or manufacturing of pharmaceutical products, Schultz said. Teva, which is the largest generic-drug maker by market value, is responsible for 1 in 10 copycat medicines taken by patients in the U.S.

Ultimately, a criminal conviction could lead to Teva being barred from doing business with Medicare and Medicaid and also drive up costs by narrowing the options of government drug purchasers.

Schultz said that poses a significant risk to the company, as does any financial penalty. The generic-drug giant is currently attempting to reduce its more than $26 billion debt load.