World Pompeo to Have Closed-Door Meetings in Bahrain, UAE
World 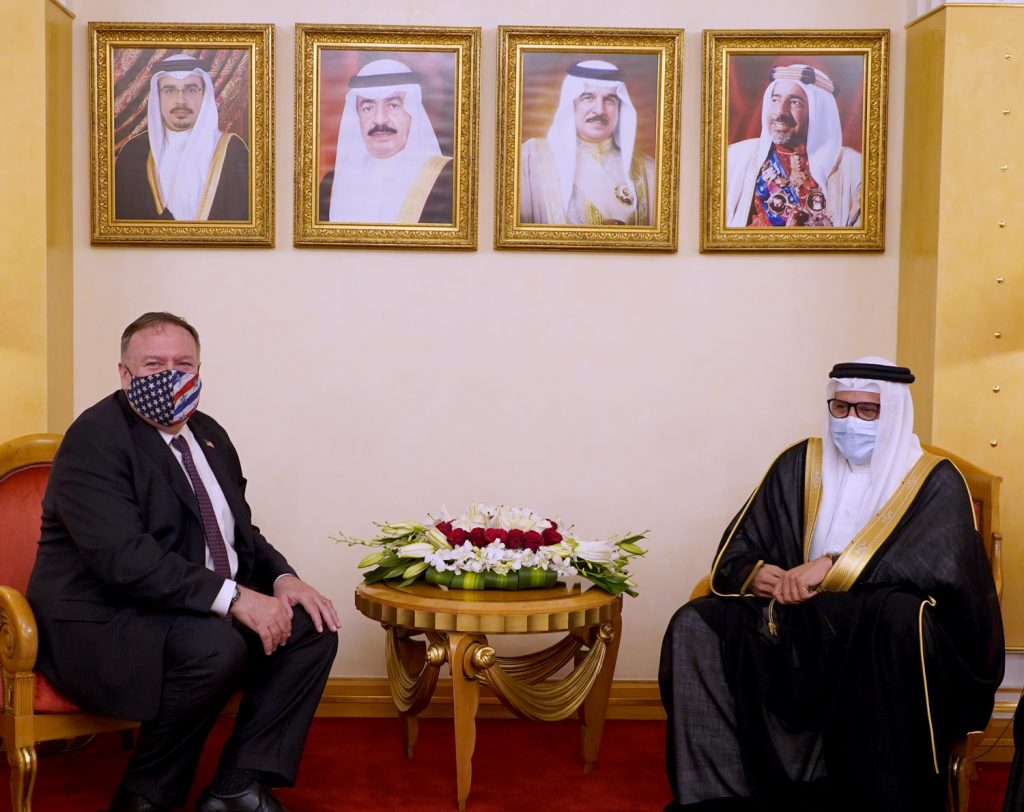 Secretary of State Mike Pompeo will hold closed-door meetings Wednesday with Bahrain’s royal family and top officials in the United Arab Emirates amid the Trump administration’s push for Arab nations to recognize Israel.

Pompeo already traveled to Israel and Sudan on his trip through the Mideast, one that included him offering a recorded message in Yerushalayim supporting President Donald Trump’s reelection campaign for the Republican National Convention. That speech cast aside his own advice to American diplomats to be apolitical and bulldozed a long tradition of non-partisanship by previous secretaries of state.

In Manama, Pompeo is expected to meet with King Hamad bin Isa Al Khalifa and his son, Crown Prince Salman bin Hamad Al Khalifa. The State Department has not offered any word on what Pompeo will bring up during the meeting, though it comes after a U.S.-brokered deal announced Aug. 13 saw the United Arab Emirates and Israel open diplomatic relations.

Bahrain, a small island nation just off the coast of Saudi Arabia in the Persian Gulf, has a historic Jewish community. The kingdom has slowly encouraged ties with Israel, with two U.S.-based Rabbis in 2017 saying King Hamad himself promoted the idea of ending the boycott of Israel by Arab nations. That boycott had been in place to offer Palestinians support in their efforts to form an independent state.

Later on Wednesday, Pompeo is expected in Abu Dhabi, the capital of the seven-sheikhdom federation of the UAE. There, he will speak with his Emirati counterpart and others.