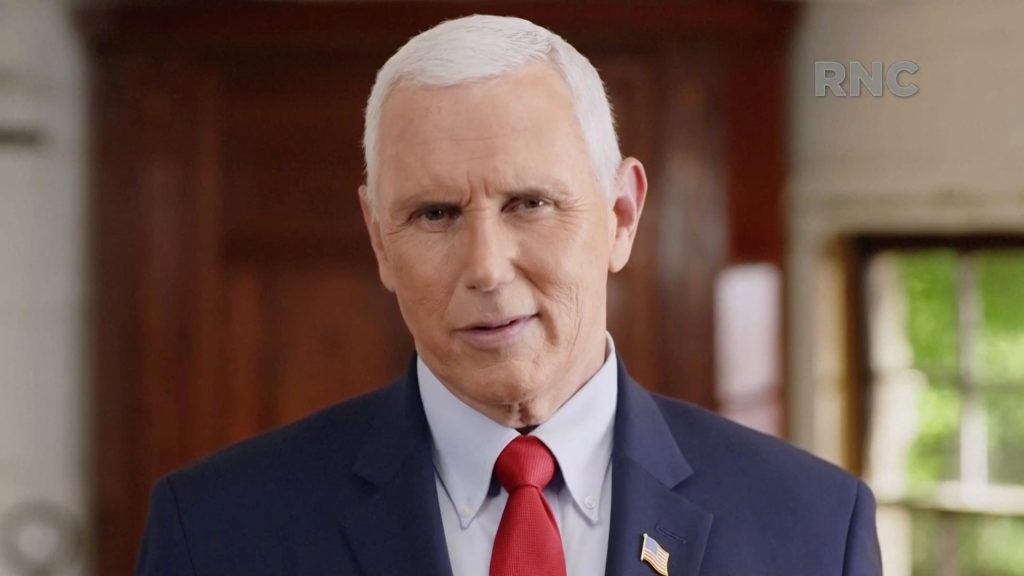 Vice President Mike Pence was set to make an economic pitch to re-elect President Donald Trump at the Republican National Convention on Wednesday.

The convention’s first two nights featured grim claims about how the United States would suffer if Trump loses in November to Democrat Joe Biden.

Pence, who will be renominated as Trump’s running mate, is expected to highlight the administration’s record as well as goals for a second term.

The former Indiana governor and congressman, a conservative Christian, served as a key connector between Trump and evangelical voters, a powerful and influential part of the Republican political base.

A White House official said Pence would offer an optimistic vision for the country while also providing a contrast with Biden and his running mate, Senator Kamala Harris. At their own party convention last week, Biden and Harris warned Americans against giving Trump another four years in the White House.

Despite the promise of an upbeat message, the Republican gathering’s first two days were peppered with ominous predictions of a wave of radical socialism and chaos if Democrats won the White House.

Republicans are hoping Trump will get a boost in the polls from a convention that is highlighting his re-election themes, including a tough “law and order” message.

A Reuters/Ipsos poll taken Aug. 19-25 showed Biden had not seen a bounce in popular support from his party’s convention last week, and maintains but a 7-percentage-point lead over Trump nationally.

Pence plans to speak from Baltimore’s Fort McHenry, the inspiration for the U.S. national anthem “The Star-Spangled Banner,” a national monument under federal control.

The Maryland site allows space for an outdoor live audience. Both parties’ conventions have been dramatically scaled back, taking place mostly virtually and without large live audiences to prevent the spread of the coronavirus.

Other speakers scheduled on Wednesday include second lady Karen Pence, Senators Marsha Blackburn of Tennessee and Joni Ernst of Iowa, South Dakota Governor Kristi Noem, and Kellyanne Conway, who announced earlier this week that she would be stepping down as a White House adviser.