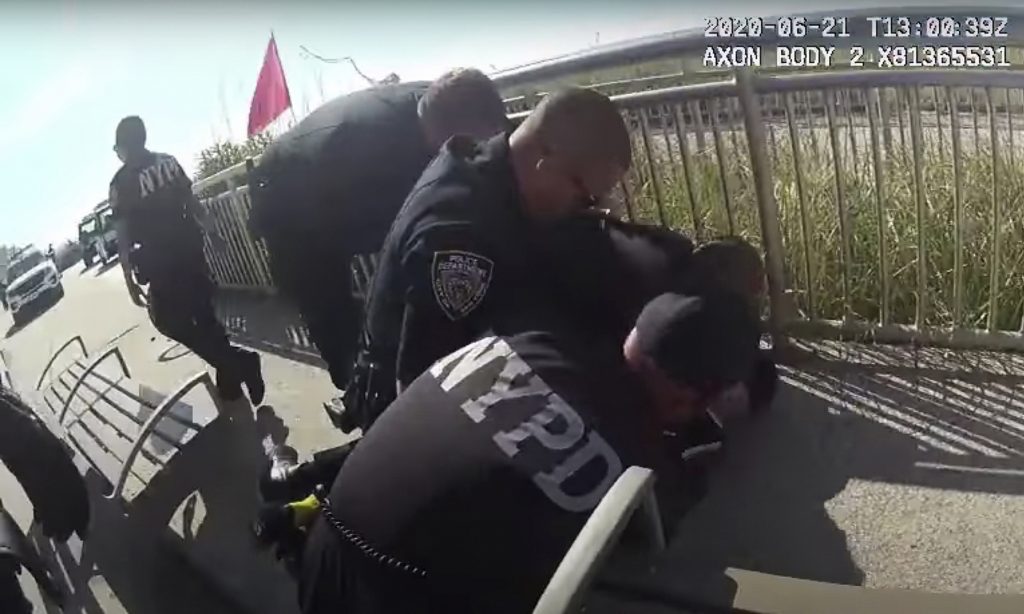 Just over a month after New York Mayor de Blasio signed police-reform laws, the controversial chokehold law could be changed after criticism from police saying that the ban could make it more dangerous for them to conduct their work. The law states that it is a crime for an officer to apply pressure to someone’s diaphragm.

The New York Post cites sources as saying the law could be amended this week as the City Council is said to be voting on the issue Thursday at its regularly scheduled meeting.

NYPD Chief of Department Terence Monahan called the diaphragm portion of the bill “dangerous” in an interview last month with PIX 11.

“Any cop who’s ever fought with someone on the street, trying to get him into cuffs, there’s a great possibility that your knee is going to end up on that individual’s back, and now this new law is criminalizing it,” Monahan said.

“We try to avoid that, but in the midst of a fight, it’s pretty hard to make sure that doesn’t happen,” said Monahan. “When you have to worry that someone who may have taken a shot at you that you are now arresting, if your knee hits their back, you become the criminal.”

“It is a dangerous, dangerous portion of that bill,” he said.

Police unions have said the law makes the safe arrest of criminals impossible.

But some Council members are concerned the changes won’t protect cops from unwarranted prosecution.

“I’m not sure it goes far enough but we will see,” said Councilman Joe Borelli (R-Staten Island).