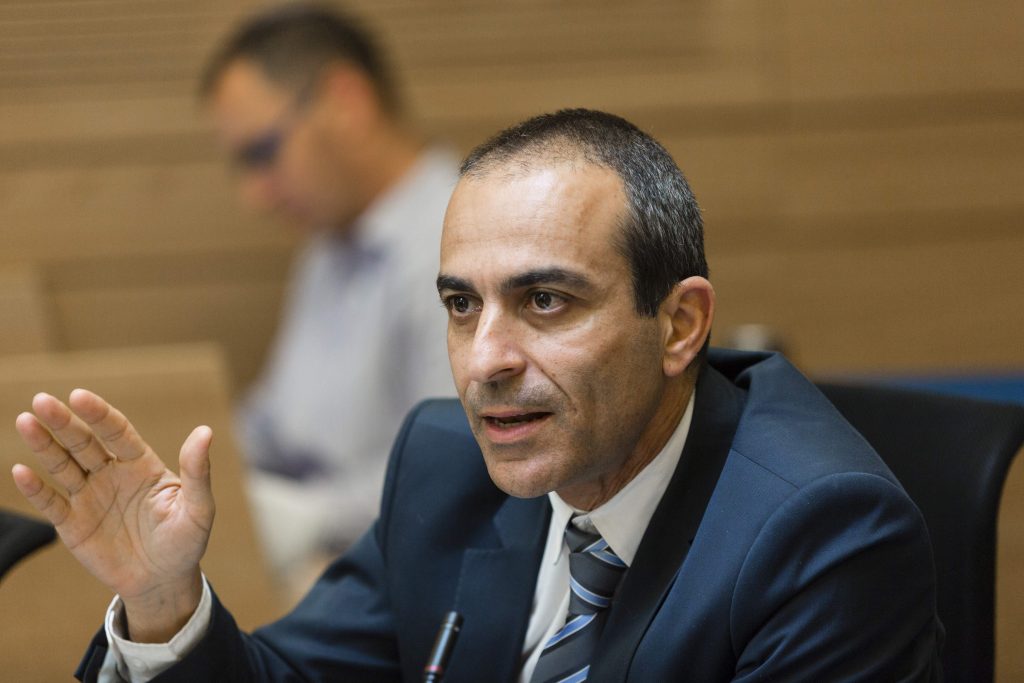 In a press release that bore the heading, “PM Netanyahu Esteems the Work of Prof. Ronni Gamzu,” the embattled coronavirus project manager received backing for his efforts amid a tumult over banning Israelis who want to travel to Uman for Rosh Hashana.

“Prime Minister Binyamin Netanyahu, who appointed Prof. Gamzu and esteems his dedicated work, works and cooperates with him on a daily basis and calls on everyone to do likewise,” the statement read in full, without mention of the Uman issue.

It came after the Ukraine announced its ban on foreign entries through September due to the pandemic.

“Unfortunately, we will have to make a decision to ban such mass events in the city of Uman. This is our responsibility, and we should not create additional huge risks for Ukrainians, and not only for them, but also for citizens of other countries,” Ukrainian Prime Minister Denys Shmyhal was quoted as saying during a cabinet meeting by national news agency Ukrinform.

Netanyahu denied on Tuesday that he had requested the ban from Ukrainian authorities, citing an earlier statement which discouraged travel but left it up to individuals to make their own decisions.

Gamzu has reportedly been under intense pressure to allow at least a scaled-down version of the annual mass Uman pilgrimage of Breslov chassidim, but has adamantly resisted. On Tuesday, coalition whip MK Mickey Zohar was advancing a proposal for 6,000 to be permitted to go, but that now seems like a dead letter.

Netanyahu has avoided taking sides on the issue, so as not to undermine Gamzu or antagonize those pressing for travel permits. In coronavirus cabinet meetings, however, the prime minister has reportedly clashed with Gamzu, seeking lockdowns while the latter wants to avoid them except as a last resort.

Gamzu welcomed the Ukrainian government’s decision, saying that it was a “responsible and correct decision in the spirit of the time, which would preserve the health of thousands of people in Israel and Ukraine.”

“I am not sure,” he said, if everyone understands the urgency of lowering the national rate of infection.

“The hard way is not always popular, it is complex, it is complicated and it takes time,” Gamzu said.