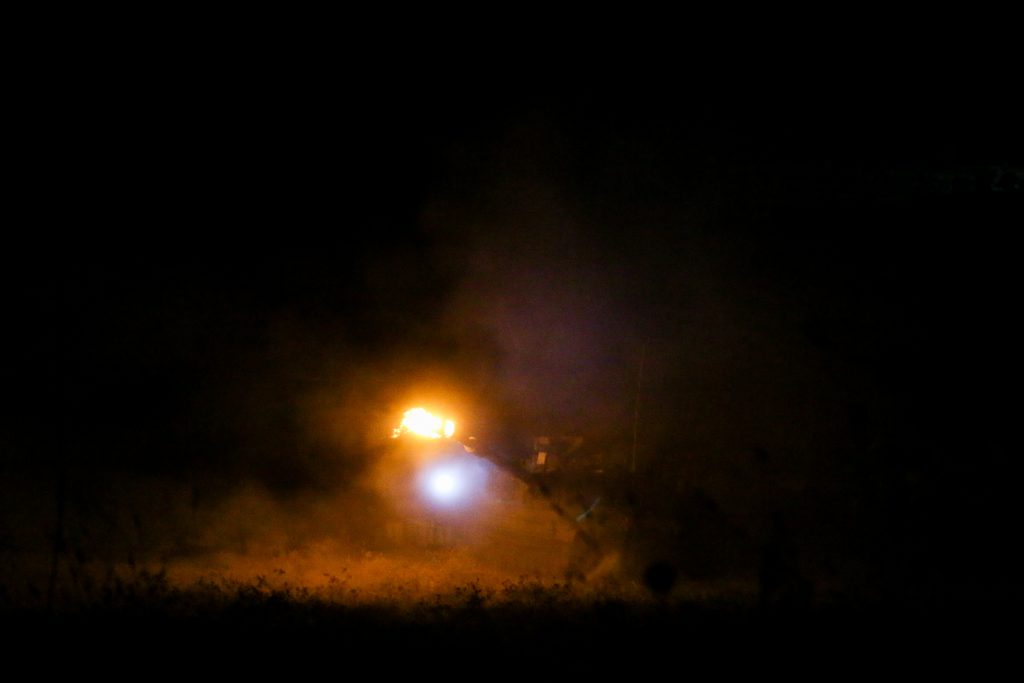 Israeli helicopters struck observation posts of the Hezbollah terror group along the Lebanon border overnight after shots were fired at Israeli troops operating in the area, the IDF said Wednesday.

It said no Israeli forces were wounded, and there were no immediate reports of casualties or major damage in Lebanon. Earlier, Israeli troops fired flares and smoke shells along the heavily guarded border.

The IDF also ordered civilians in nearby communities to shelter in place and blocked roads near the border. Those restrictions were lifted early Wednesday. The incident took place near the northern town of Manara.

Israel has been bracing for a possible attack by the Lebanese Hezbollah terror group since an Israeli airstrike killed a Hezbollah terrorist in neighboring Syria last month.

On July 27, the IDF said it had thwarted an infiltration attempt by Hezbollah terrorists in a battle that raged for more than an hour. Neither side reported any casualties and the Iran-backed Hezbollah denied involvement.

Israel considers Hezbollah to be its toughest and most immediate threat. After battling Israel to a stalemate during a monthlong war in 2006, Hezbollah is believed to be far stronger today.

Israeli officials estimate that Hezbollah possesses some 130,000 rockets and missiles capable of striking virtually anywhere in Israel. The group also has gained valuable battlefield experience by fighting alongside Iranian troops backing the forces of President Bashar Assad in the Syrian civil war.

Israel, which considers Iran to be its greatest enemy, has acknowledged carrying out scores of airstrikes in Syria it says were meant to stop Iran from transferring sophisticated weapons to Hezbollah.