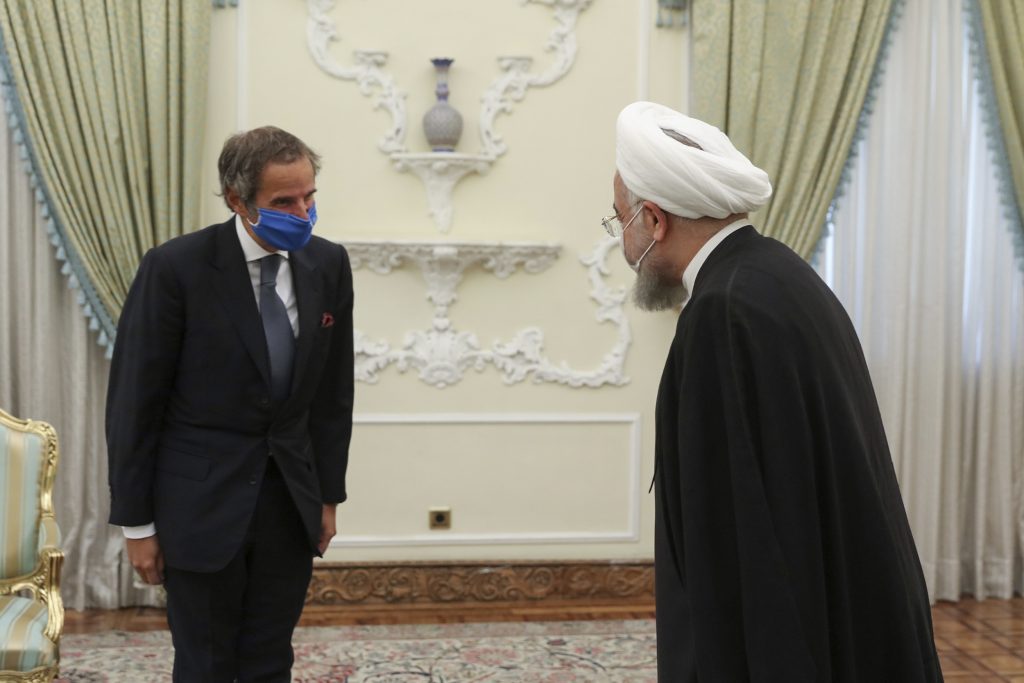 Iran agreed on Wednesday to grant international nuclear inspectors access to two suspected sites, in a rare conciliatory move that came after months of increasing tensions between Tehran and Washington.

The issue was settled in talks between International Atomic Energy Agency (IAEA) chief Rafael Grossi and Iranian leaders in Tehran.

Dates for the inspections have been set, Grossi and Iranian nuclear chief Ali Akbar Salehi said in a joint statement. In exchange, the IAEA stated that it would pursue no further questions regarding this issue.

“The agreement was a step in the right direction to solve our differences,” Iranian President Hassan Rouhani said in a statement after meeting Grossi, adding that his country was ready to intensify its cooperation with the IAEA.

For the past year, the Vienna-based IAEA had been asking questions about the sites in Tehran and Isfahan, where it suspects Iran had kept nuclear material that is now unaccounted for.

Since then, the agency says it has not received satisfactory answers, and its nuclear inspectors were denied entry, raising concern among major powers including the United States, which highlighted this issue to argue that Tehran cannot be trusted.

According to the IAEA, satellite images indicate that these sites have been cleaned and traces of previous activity removed.

Iranian diplomats had previously argued that the IAEA would not get access based on baseless accusations, which they said were fabricated by Israel.

The IAEA has acknowledged receiving information from foreign governments, but Grossi has repeatedly stressed that such information is never taken at face value but is thoroughly vetted in Vienna.

The question of the suspected sites is not directly related to Iran’s breaking of key provisions set by its 2015 nuclear deal with major powers, which had been designed to limit the Islamic Republic’s nuclear program and prevent it from developing nuclear weapons for 10 years.

However, it has been one element in the escalating stand-off between Tehran and the U.S. administration, which moved last week to reinstate U.N. sanctions on Iran that had been lifted under the 2015 pact.

President Donald Trump announced his country’s exit from the Iran deal in 2018, triggering Iran’s decision to boost uranium enrichment above the limits set by the deal.

The IAEA, which closely monitors all of Iran’s nuclear activities, plays an important role in continuing the 2015 nuclear deal “that is still alive but reduced to hobbling on crutches,” Rouhani said.

Tehran’s concession on inspections came only days before senior diplomats from Iran and the remaining five powers meet in Vienna on Tuesday to discuss the future of their agreement in the face of Iran’s transgressions.