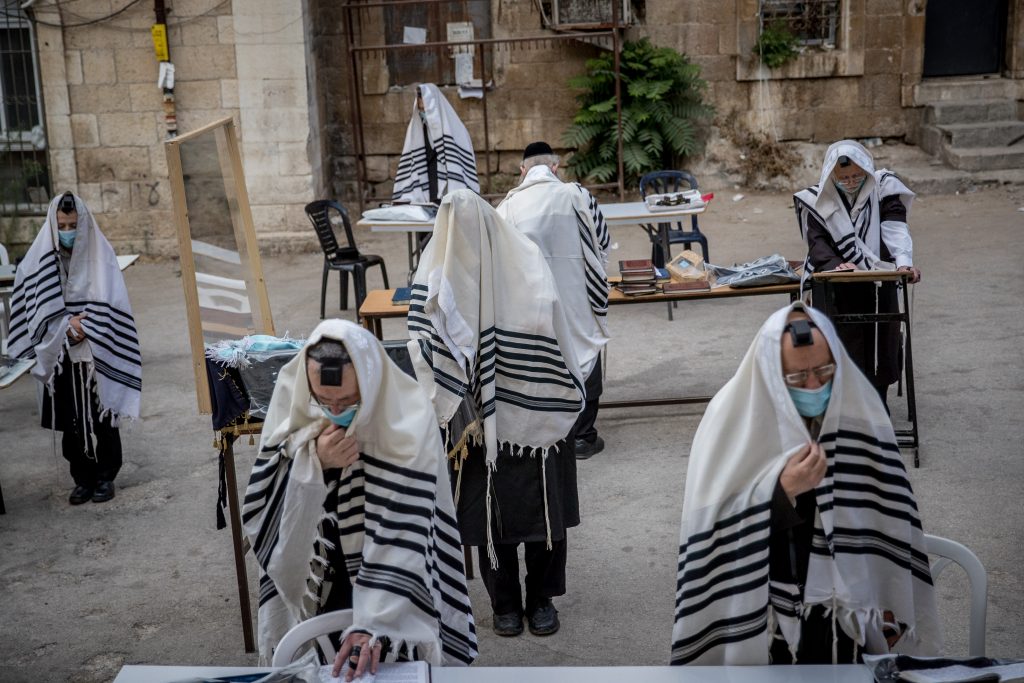 Prime Minister Binyamin Netanyahu on Wednesday is to convene a special meeting to discuss the plans for operating shuls during the coronavirus crisis, ahead of the Tishrei chagim.

The meeting comes at the request of the Knesset’s chareidi parties, and will also include discussion on ways to travel safely to Uman, Ukraine, for Rosh Hashanah.

According to reports, Gamzu has agreed that each exit can serve up to two capsules, but the chareidi parties are insisting on allowing three capsules per exit.

Under the plan, tefillos will be permitted during the chagim under the open sky, regardless of a city’s “color.” These will be limited to 500 people, who will be in groups of 20 mispallelim. Holding tefillos with over 250 people will require the approval of the local authority and the district health office.