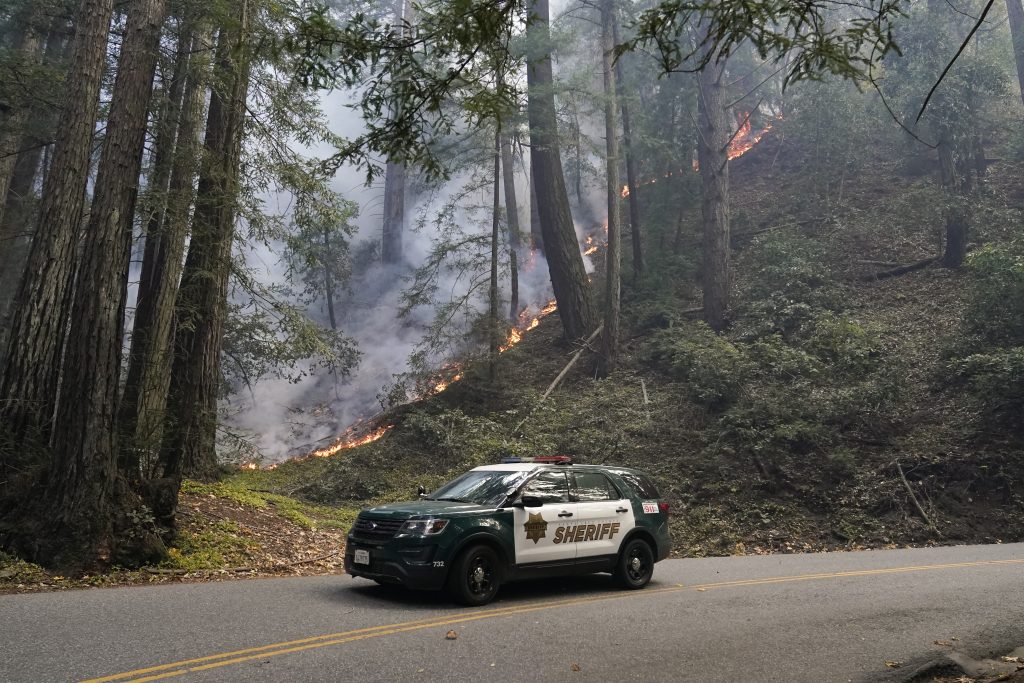 Crews aided by better weather and reinforcements with bulldozers made progress Tuesday penning in massive California wildfires that have killed at least seven people and burned nearly 1,300 homes and other buildings.

Firefighters in wine country north of San Francisco had cleared containment lines — used to prevent fires from spreading — around a quarter of blazes there that have scorched more than 550 square miles (1,424 square kilometers) and destroyed more than 930 buildings.

To the east of San Francisco, firefighters had created containment lines around 15% of a group of fires that has charred more than 568 square miles (1,471 square kilometers) and is now the third-largest in state history.

And to the south, officials said progress was made against a fire in San Mateo and Santa Cruz counties that has grown to 123 square miles (318.5-square-kilometer), destroyed 330 structures and threatens another 25,000.

Helicopters dropped 200,000 gallons (over 757,000 litres) of water on the blaze Monday, making it “the best day yet,” said Mark Brunton, operations chief with the California Department of Forestry and Fire Protection, known as Cal Fire.

“The past couple days we’ve seen significant progress in our firefight on this incident,” Brunton said. “The weather’s really cooperating with us.”

Temperatures have cooled in the region and lightning strikes that started many of the fires have stopped. Fire crews along with bulldozers were arriving from other states, but officials warned the danger was far from over and admonished residents to stay out of evacuated areas.

Six people who returned to the restricted area north of Santa Cruz to check on their properties were surprised by fire and had to be rescued, authorities said.

Looters have been warned they’ll be arrested, and some people have been taken into custody, including a man found with $5,000 in his car, authorities said. Detectives were also investigating seven reports of missing people.

Evacuees tempted to return to check on their homes should think again, fire officials said.

“It is highly dangerous in there still,” Jonathan Cox, a Cal Fire deputy chief, said of the blaze north of Santa Cruz, adding that some old wooden bridges have failed but might appear to be safe.

An estimated 170,000 people remained under evacuation orders and tens of thousands of homes were still threatened from fires around the state.