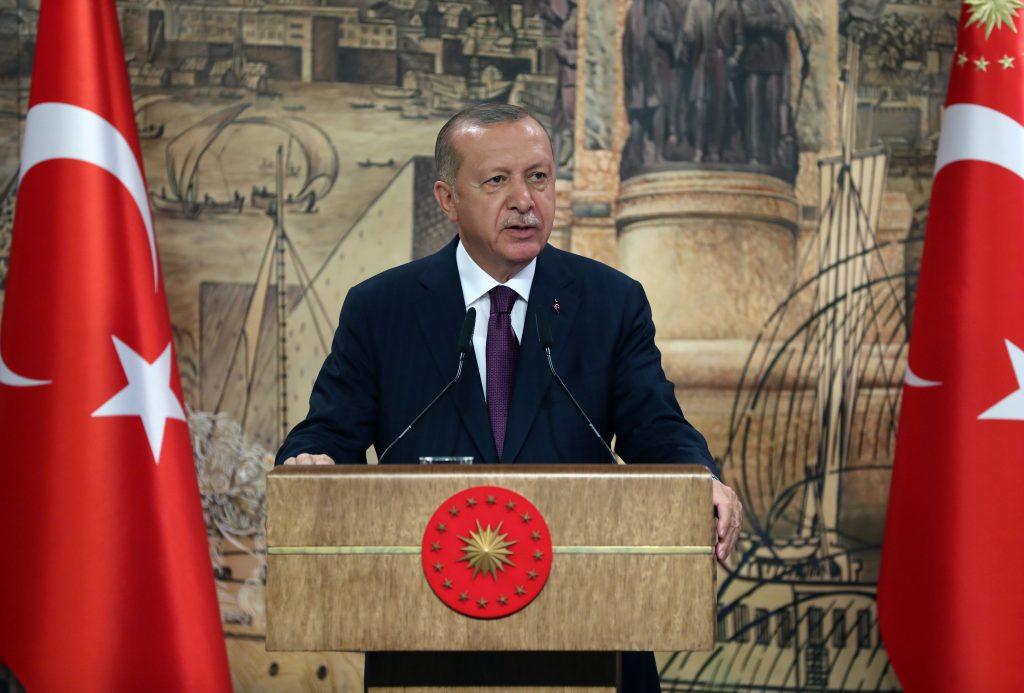 The United States said on Tuesday it strongly objected to Turkish President Tayyip Erdogan’s recent hosting of two leaders of Hamas in Istanbul.

The State Department said the officials were Specially Designated Global Terrorists and the United States was seeking information about one for his involvement in multiple terrorist attacks, hijackings and kidnappings.

The State Department said the Saturday meeting was the second time this year that Erdogan had welcomed leaders of the armed Islamist group that has controlled Gaza for over a decade, after a meeting on Feb. 1.

“President Erdogan’s continued outreach to this terrorist organization only serves to isolate Turkey from the international community, harms the interests of the Palestinian people, and undercuts global efforts to prevent terrorist attacks launched from Gaza,” it said in a statement.

“We continue to raise our concerns about the Turkish government’s relationship with Hamas at the highest levels.”

U.S. ties with NATO-ally Turkey have been strained over issues such as Ankara’s purchase of Russian S-400 defense systems, which prompted Washington to suspend Turkish involvement in its F-35 jet program and threaten sanctions.