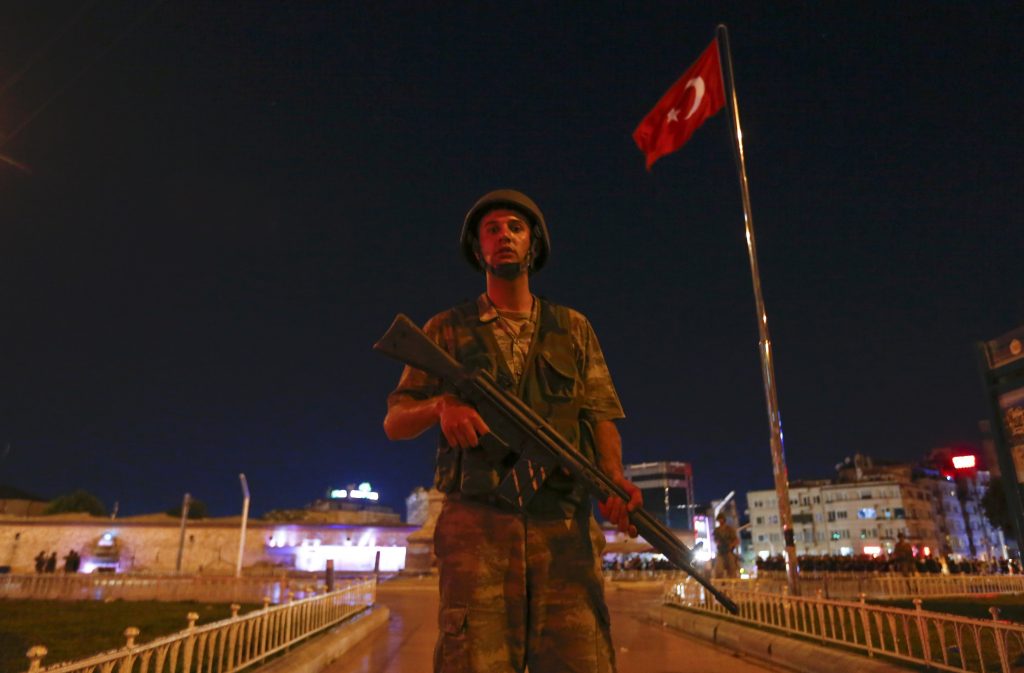 Anadolu Agency said the suspect, identified by the initials H.S., was detained in an operation at a hotel in the low-income Kucukcekmece district. Police seized an automatic rifle, spare magazines and bullets during the raid, the report said.

The suspect had scouted Istanbul’s main Taksim Square and surrounding areas with the aim of carrying out a “sensational” attack, Anadolu reported. He had illegally crossed into Turkey from Syria and made his way to Istanbul, the report said.

It wasn’t immediately clear when the man was detained. Anadolu said the suspect has appeared before a court which ordered his formal arrest.

It was the second time this month that police reportedly foiled possible attacks by the IS terrorists. Two weeks ago, police in northwestern Bursa Province detained a suspected IS terrorist who was allegedly planning an attack on a police station.

Turkey has suffered a string of attacks by Islamic State terrorists over the last five years.