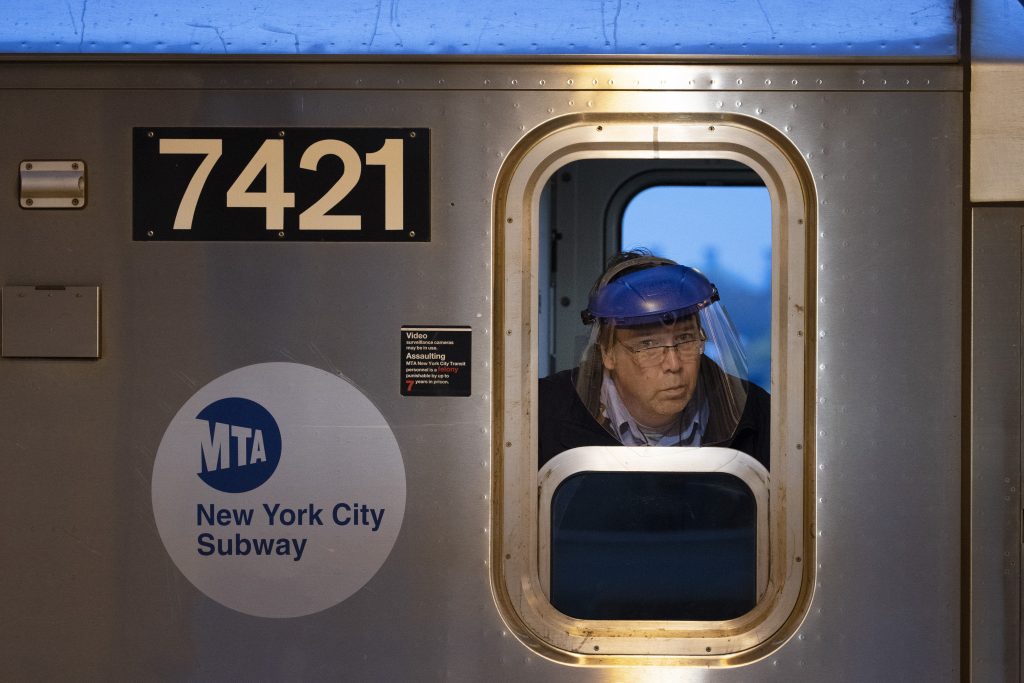 It’s an unprecedented drop for a mass transit system that once served over three-quarters of the nearly four million people who commuted to Manhattan each day, according to Manhattan Institute Senior Fellow Nicole Gelinas.

Foye said subways saw an average 1.3 million customers per weekday as of last week. Bus ridership is around 1.3 million, down nearly 40% from last year.

Union leaders acknowledge it’s a tough argument to make as the MTA estimates it’s losing about $200 million a week.

New York is trying to encourage riders to return by disinfecting subways each night and offering smartphone app that lets passengers know which train cars have more space to spread out.

The MTA has exhausted $3.9 billion in initial federal aid and is seeking an additional $12 billion to get the agency through 2020 and 2021.

Still Gelinas said even if Congress does so, it’s unclear how the pandemic will impact commuting patterns down the road. She warned significant service cuts or fare hikes could discourage people from returning to mass transit.

Train ridership was down by half compared to 2019 levels just a few weeks ago. Still, Foye said ridership is starting to increase: Long Island Rail Road is now down 76% while Metro-North is down 83%.

“By not providing an adequate environment for passengers to socially distance, risk will remain exacerbated and potential passengers will opt not to ride on MNR,” Valente told lawmakers in written testimony.

The public can once again board MTA buses through the front door starting Aug. 31, when riders will start paying the $2.75 fare again.

He said police officers should help ensure riders are wearing masks as required.

“A lot of people will fight you on the mask,” DeJesus said.

Several union leaders called for hazard pay for all transit workers and said the MTA failed to ensure protective gear to workers at the start of the crisis.

They said workers still face delays, and questioned whether the MTA is storing masks in case of a pandemic as laid out in the agency’s pandemic plans.

“If a second wave comes, we cannot operate the way it did when the first wave came,” said Transport Workers Union Local 100 President Tony Utano. “If we don’t have masks, we’re not going to work.”

Anthony Simon, who chairs a union that includes rail and transportation workers, said they were left making their own hand sanitizer as COVID-19 spread in the dense metropolis earlier this year.

“It was absolutely out of control,” Simon said.