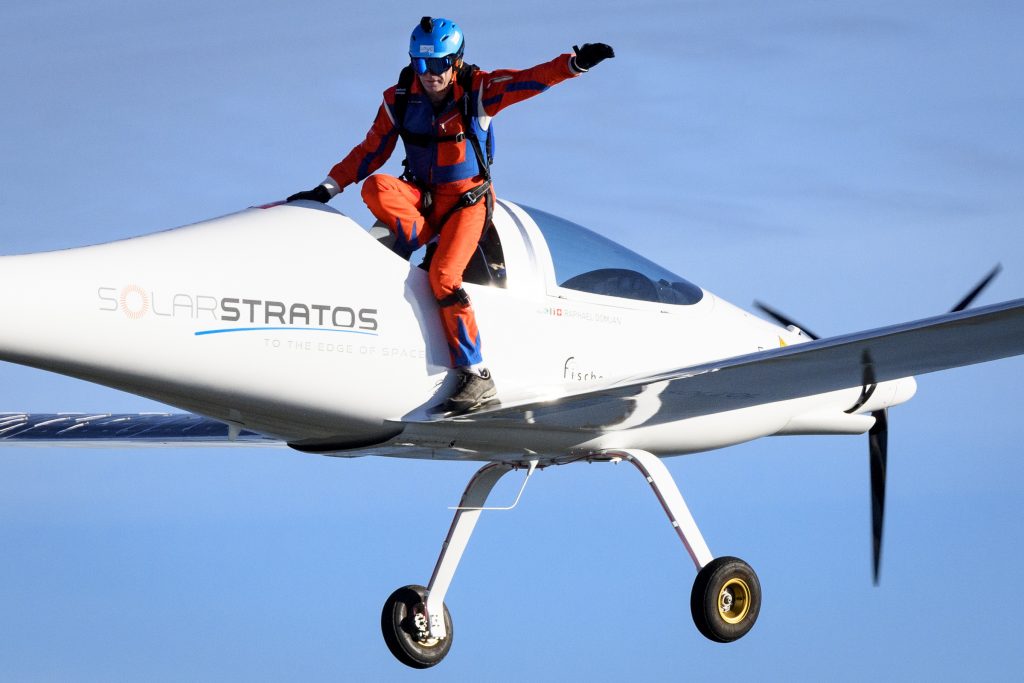 A Swiss team working to take a solar-powered plane to the edge of space says it has performed the first jump and free fall from an electric aircraft.

The SolarStratos team said its experimental plane took off from an airfield in western Switzerland with two people on board early Tuesday and climbed to 5,000 feet (1,520 meters) before its founder, Raphaël Domjan, jumped out of the aircraft.

It said Domjan remained in free fall for several hundred meters, reaching speeds of over 150 kph (93 mph) before releasing his parachute and landing safely.

The team quoted Domjan saying the stunt was part of the goal of demonstrating that activities such as skydiving can be carried out without producing planet-warming greenhouse gases. Emissions from kerosene-fueled planes currently account for about 2% of the man-made carbon emissions.

“I hope that this will continue to make the young people of tomorrow dream, thanks to aircraft that are more respectful of our planet and our climate,” he added.

The SolarStratos team follows the pioneering work of Switzerland’s Solar Impulse mission, which completed the first circumnavigation of the globe with a solar-powered plane in 2016.

The team’s goal is to eventually fly the single-propeller aircraft studded with 22 square meters (237 square feet) of solar panels into the stratosphere.