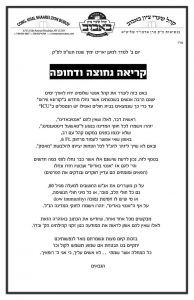 Medical professionals and community leaders are advising people to remain cautious as upticks of coronavirus cases are reported in New York and New Jersey.

Likewise, Hatzolah of Rockland County released a statement that members have seen an increase in cases in the Monsey area as well, and while the majority are mild, paramedics had to transport some people to the hospital for treatment.

Hatzolah of Williamsburg circulated a WhatsApp message warning its members to have the proper protection equipment when responding to calls, as that community has also seen a rise in coronavirus cases.

The development follows several weeks of what appeared to be a slow uptick. Last week, Mayor Bill de Blasio announced there were 16 new cases in Boro Park, several linked to a wedding with more guests than legally allowed. In Crown Heights, the Gedaliah Society’s coronavirus tracking website reported Crown Heights and upstate Lubavitch camps and bungalow colonies saw several infections, including two potential reinfections in individuals who had recovered from a previous bout of the virus.

While the virus heavily impacted the New York area’s Orthodox community in late March and early April, cases dramatically dropped off in the weeks after Pesach. Several community leaders and medical experts speculated that the high rates of infection might have acted as a protective barrier even as shuls, schools and other institutions and events returned to operation.

However, some of the emerging coronavirus research has called into question how long such immunity might be an effective shield.

Earlier this summer, several studies showed that protective antibodies significantly decrease or disappear after two to three months of recovery.

More potentially concerning are reports this month of individuals in Europe and Hong Kong who had recovered from the virus only to contract it a second time. The first confirmed case of reinfection was reported by researchers at the University of Hong Kong. The individual had traveled while asymptomatic to Hong Kong from Europe.

In all three cases, the people were infected by a different strain of the virus than the one they had originally been infected with. Belgian virologist Marc Van Ranst, speaking with Reuters, compared the coronavirus to the flu to explain how this would be possible.

“Viruses mutate, and that means that a potential vaccine is not going to be a vaccine that will last forever,” he said.

Similar to the flu, which can mutate over the years and therefore requires different vaccines every flu season in order to counteract the changing virus, there would be a series of coronavirus vaccines that would need to be developed to protect against all potential strains of the disease.

The prevalence and danger of reinfection remains unclear to scientists. Some studies have shown that the virus leaves protective T cells in recovered patients, which might confer longer-lasting immunity. Still, the recent reports indicate that reinfection is indeed possible.

As such, health officials continue to stress the importance of wearing a mask, social distancing and avoiding large gatherings, regardless of whether they were previously sick.

“The most common problem I am asked to help with, but cannot easily answer, is what to do for the person with an unclear exposure — usually when the parties were not wearing a mask,” said Rabbi Aaron E. Glatt, MD, in a statement to Jewish media outlets. “I am unable to provide guidance in such situations, and sadly, the default position is often to quarantine for 14 days. With the recent proven case of a second episode of COVID-19 in an individual, albeit a very rare event to date, it is no longer a simple answer for people previously infected with COVID-19.” 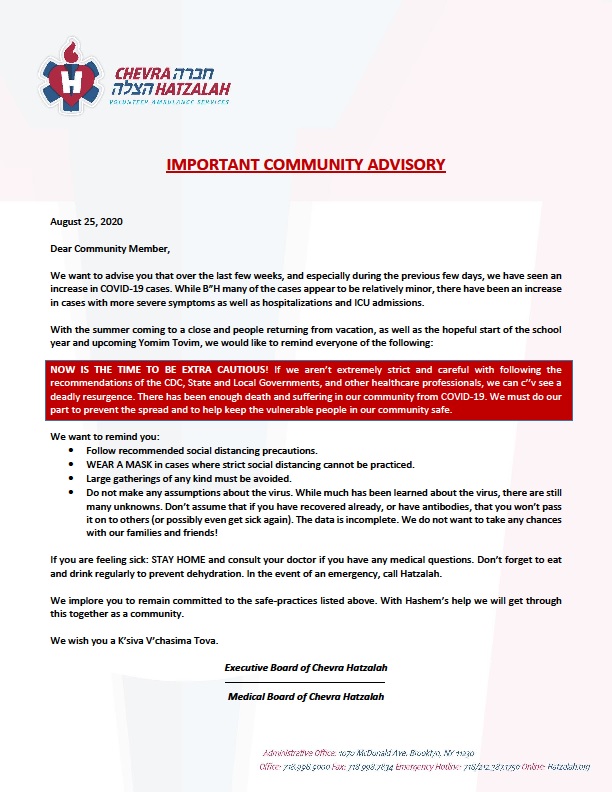