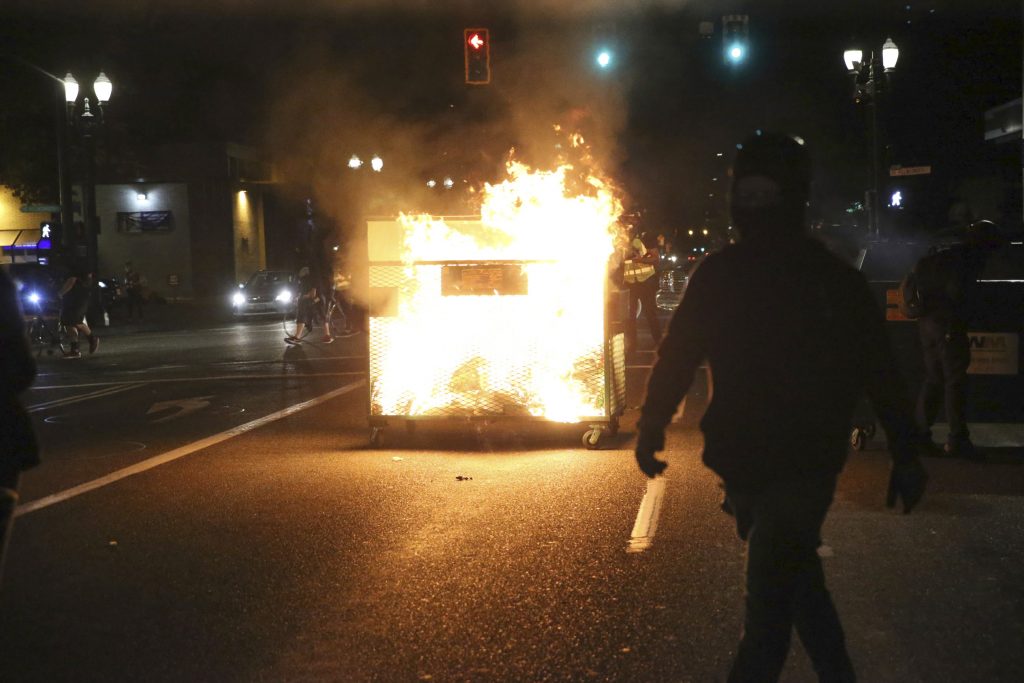 Portland police have declared a riot after fires were started amid protests against racial injustice.

Police said Monday night that people had to leave the area near the Portland Police Association building. Two fires were set, one behind the building, police said.

Someone climbed onto the association’s roof to unfurl a banner and the walls were spray-painted, reported the Oregonian/OregonLive. Police made arrests and used tear gas to disperse the crowd.

Early Monday police used tear gas to scatter demonstrators who hurled rocks, bottles and commercial-grade fireworks at officers and set fires in the streets as they marched on a precinct station in another night of violence. Twenty-three people were arrested.

Some protesters Sunday night and early Monday morning, among a group of about 200 people, lit a dumpster on fire and used it as a shield as they approached the precinct station, police said. They threw objects at officers, hitting some positioned on the roof of the station, and set an awning on fire. One officer was left with a wrist injury after he was hit with a piece of ceramic.

Also, the FBI said Monday that a threat last week that prompted the closure of a federal courthouse and other federal buildings did not appear to be credible. Among the buildings closed was the Mark O. Hatfield U.S. Courthouse that was a target of protesters who repeatedly clashed in July with federal agents.