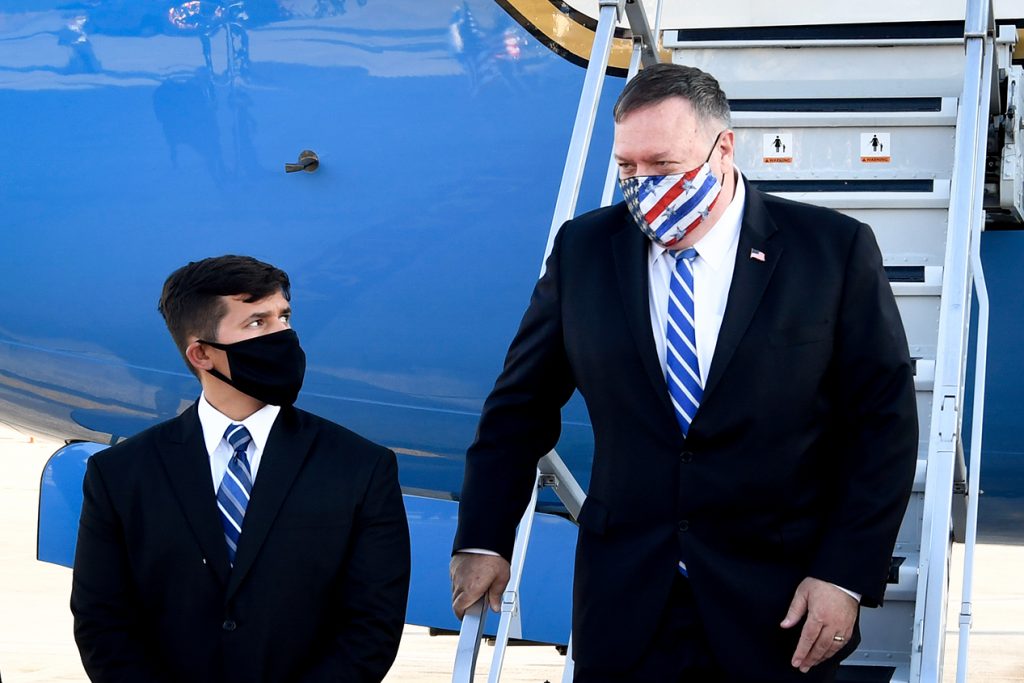 The United States is working to convene a Middle East peace summit in the next few weeks, a senior Emirati diplomat told Yisrael Hayom on Monday.

The Emirati official said that Secretary of State Mike Pompeo’s five-day visit to the Middle East and Africa, which began in Israel, is part of Washington’s effort to lay the groundwork for the peace summit.

Sources familiar with the issue said that the summit is to take place in one of the Persian Gulf sheikdoms, adding that the U.S. is trying to secure the participation of Bahrain, Oman, Morocco, Sudan, and Chad, alongside Israel and the UAE.

Other states, including Saudi Arabia, Egypt, and Jordan – the latter two already having peace treaties with Israel – have yet to confirm their participation in the summit.

According to the report, both prior to and during Pompeo’s visit to Israel, Palestinian officials were invited to participate in the summit. The message was also conveyed to the PA that Pompeo is willing to visit Palestinian Chairman Mahmoud Abbas in Ramallah to personally invite him to the summit.

Abbas and other PA officials dismissed the offer, snubbing the top American diplomat “and even sent the message that Pompeo is not wanted in Ramallah,” the UAE official said to Yisrael Hayom.

“The Palestinian position is very saddening,” the UAE official noted. “They were given an opportunity to deescalate the situation with a respectful invitation to take part in a regional peace conference, and they rejected it out of hand with no reasonable explanation.