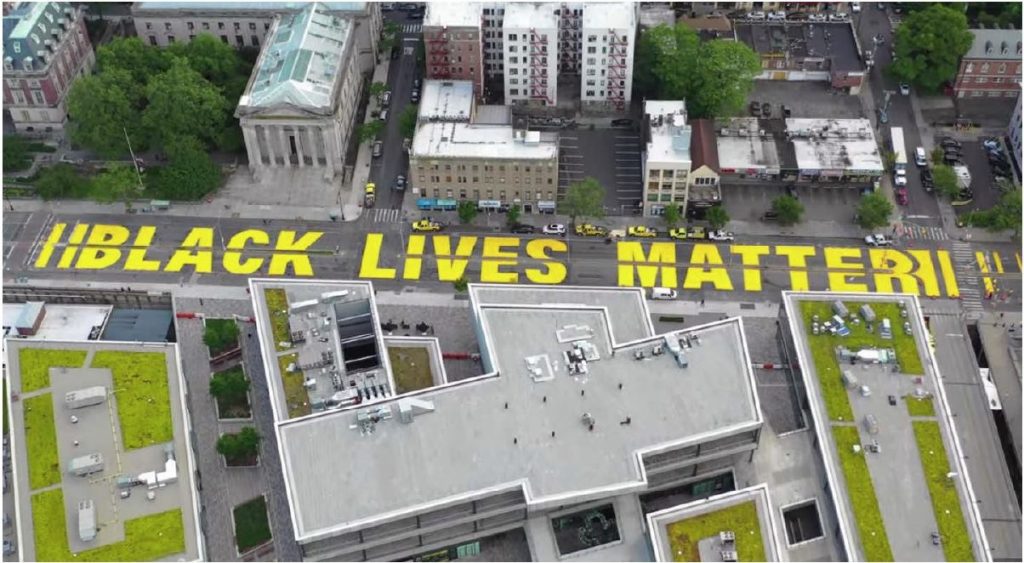 Women for America First, a political group which is dedicated to empowering women, has filed a motion in the US District Court Southern District of NY on Tuesday, August 25, seeking to compel Mayor De Blasio and the City of New York to allow them to paint a mural with their slogan in an equal manner to the Black Lives Matter (BLM) murals which were painted recently on 8 streets of the city.

The group previously filed suit in late July asking the court to order the city to allow them to go forward with their mural, claiming that the First Amendment Rights of the group were denied when the Mayor and the Department of Transportation denied them permission to paint their message, despite the fact that the mayor encouraged the Black Lives Matter murals to be painted. The new motion seeks a preliminary injunction for this claim.

In an exchange with a Hamodia reporter, Mayor De Blasio said, “I don’t think it’s a political message in the traditional sense. I think it’s a message about human respect and the value of human beings and addressing the fact that one group amongst us in particular has been devalued for centuries. And that can’t go on. I think it transcends any notion of politics.”

In their legal brief, Women for America First, represented by Ronald Coleman and Michael A. Yoder of Dhillon Law Group, point out that the BLM message and group are indeed political in nature, and the mayor was indeed favoring the content of the message of BLM over their own message. Women for America First demanded relief from the court for the irreparable damage which the denial of their First Amendment Rights would cause, thus satisfying a pre-requisite for granting an injunction.