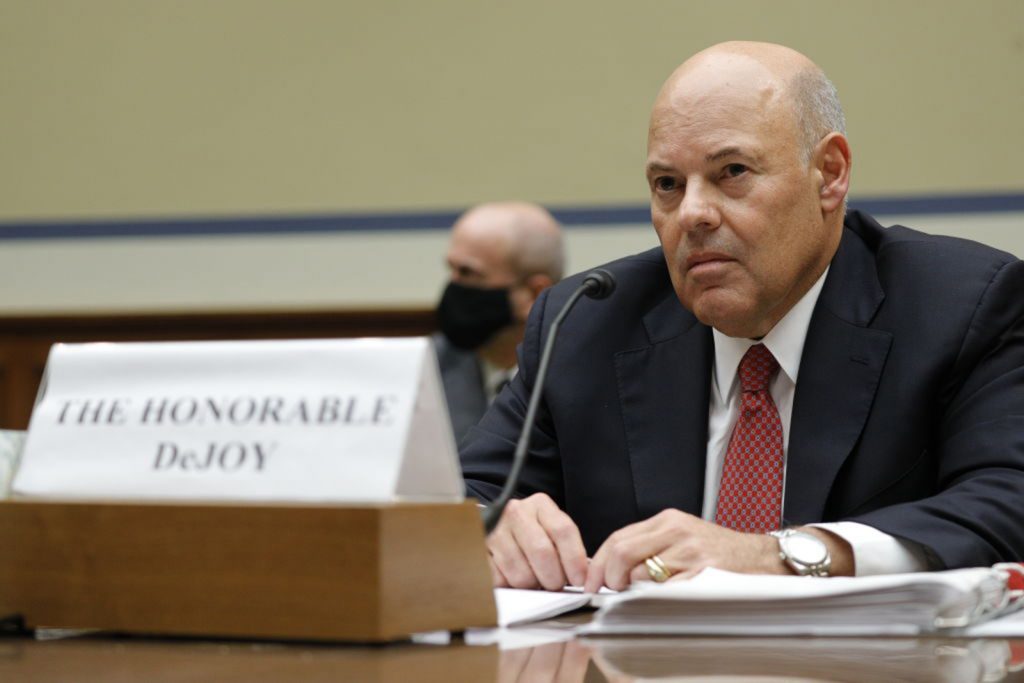 The suit filed Tuesday in federal court in Washington was also joined by Hawaii and the cities of New York and San Francisco. The complaint wasn’t immediately available, but a person familiar with the matter said it was over the same operational changes at the Postal Service that New York Attorney General Letitia James said last week she planned to sue over. The suit also names the U.S. Postal Service as a defendant.

Two other multistate lawsuits led by Pennsylvania and Washington were filed last week, similarly alleging the changes will disrupt mail-in voting in November and help Trump.

DeJoy, a longtime Republican donor with no previous Postal Service experience when he took over the agency in July, instituted a number of major changes without getting them cleared by the postal regulator or seeking public comment as required by Congress. These included the removal of mailboxes, the dismantling of mail-sorting machines, the elimination of late trips by mail carriers and changes to overtime.

In testimony before Congress Friday and Monday, DeJoy denied the changes were meant to interfere with the election, calling that an “outrageous claim” and saying that many of the measures pre-dated his arrival. DeJoy said last week he would halt any further operational changes until after the election and vowed to allocate additional resources to ensure mail-in ballots are delivered on time.

DeJoy’s testimony did little to alleviate concerns among Democrats. Several state attorneys general said his commitment was insufficient because so many changes had already been implemented that could threaten the collection and counting of ballots. Many more people are expected to vote by mail this year because of the coronavirus pandemic.