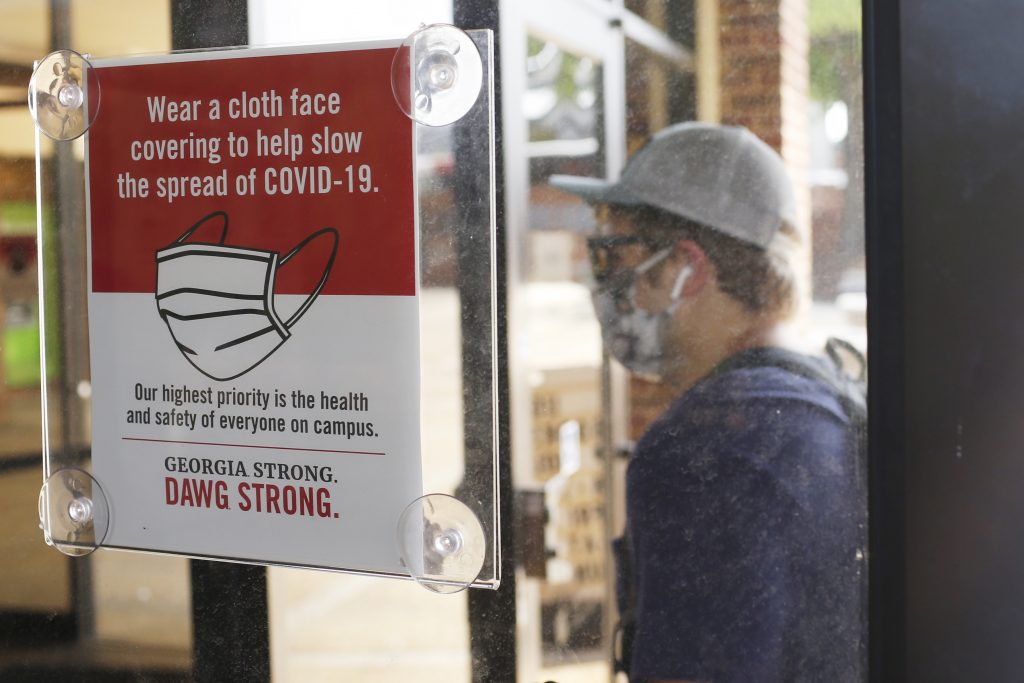 The number of Americans newly diagnosed with the coronavirus is falling — a development experts say most likely reflects more mask-wearing but also insufficient testing — even as the disease continues to claim nearly 1,000 lives in the U.S. each day.

About 43,000 new cases are being reported daily across the country, down 21% from early August, according to data compiled by Johns Hopkins University. While the U.S., India and Brazil still have the highest numbers of new cases in the world, the downward trend is encouraging.

“It’s profoundly hopeful news,” said Dr. Monica Gandhi, an infectious-diseases expert at the University of California, San Francisco, who credits the American public’s growing understanding of how the virus spreads, more mask-wearing and, possibly, an increasing level of immunity.

“Hopefully all those factors are coming into play to get this virus under control in this country that’s really been battered by the pandemic,” she said.

Even at 43,000 new cases per day, the U.S. remains far above the numbers seen during the spring, when new daily cases peaked at about 34,000, he said.

“It’s a good trend, but nowhere near what we need to be,” Quick said of the decline.

The percentage of tests coming back positive for the disease has also declined over the past two weeks, from 7.3% to 6.1%. That comes as the total number of tests administered has fallen from its August peak of more than 820,000 a day, leveling off in recent weeks at about 690,000 a day.

The situation has improved dramatically in several states that struggled with high caseloads earlier this summer.

In Arizona, for example, officials reported 859 new cases Tuesday, down from a peak of 5,500 in late June. More than 2,000 people arrived at the state’s hospitals showing symptoms of the virus on a single day in early July. This week, that number has been less than 1,000.