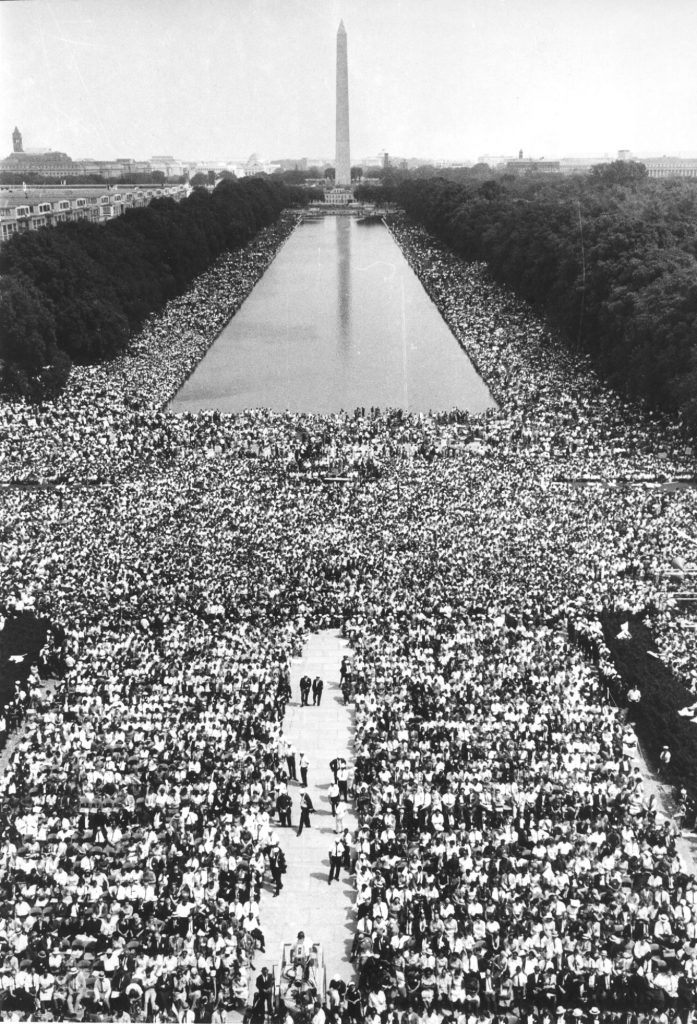 A civil rights march this week in District of Columbia will draw a smaller crowd than organizers initially expected, according to a permit issued Tuesday by the National Park Service.

March on Washington organizers initially thought at least 100,000 people would gather to call for criminal justice reform, racial equality and to honor the 57th anniversary of the Rev. Martin Luther King Jr.’s “I Have A Dream” address from the same spot on Friday, according to a permit application earlier this year. Organizers, who began planning in June after the funeral of George Floyd, now expect about 50,000 people will attend.

As coronavirus cases climbed nationally, District Mayor Muriel Bowser, a Democrat, issued a strict warning to visitors from states with elevated caseloads: A two-week quarantine is required. That prompted the National Action Network to cancel chartered buses that, according to field organizers, had been scheduled to bring thousands of demonstrators from states such as North Carolina, Ohio and Texas.

The permit paints a picture of a complex undertaking meant to highlight the historic legacy of the 1963 March on Washington. Organizers also hope to highlight the civil rights issues of today, bring well-known speakers to address the crowd – including Rep. Sheila Jackson Lee, D-Texas, Democratic National Committee Chairman Tom Perez, and singers George Clinton, Tyrese and Ne-Yo – while mitigating the spread of the coronavirus with strict safety protocols.

Safety measures include a check-in system that requires attendees to register before the event, pass a temperature screening, wear a mask and keep their distance from fellow marchers.

Jumbotrons will line the Reflecting Pool, where crowds will be cordoned off into marked areas, each assigned a number. The sections will ensure participants are able to stay at least six feet from other protesters, according to the permit.

The event’s main lineup – including the Rev. Al Sharpton and Martin Luther King III, the elder son of the late civil rights leader – will begin at 11 a.m., but a pre-rally show is also planned. After early criticism from District activists that the demonstration excluded local residents who have lost family members to police violence, the speaker lineup indicates several District residents will speak, although none from the region’s Black Lives Matter chapter.

The Friday march – dubbed the “Get Your Knee Off Our Necks” March on Washington – will begin with speeches from the steps of the Lincoln Memorial, followed by a choreographed march to the Martin Luther King Jr. Memorial. The event is expected to end about 3 p.m.

The march will conclude a week packed with events in the nation’s capital, including numerous protests and a fireworks display over the Washington Monument to mark the end of the Republican National Convention.