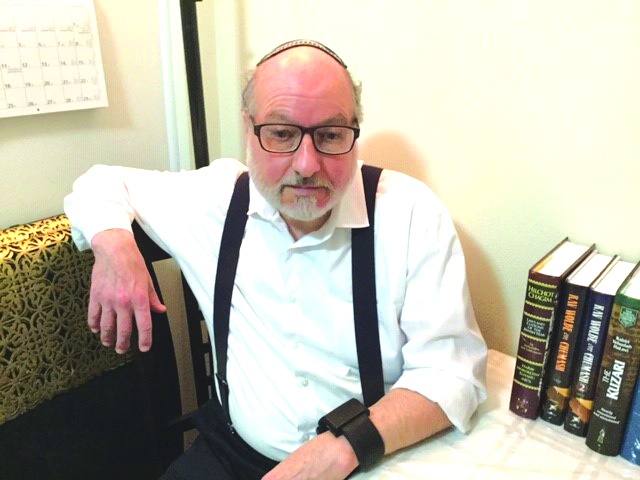 It was mentioned at the very end of his New York Times obituary, almost as an afterthought. But it likely was Judge Stephen Williams’ finest moment.

Judge Williams, who recently died at 83 from complications due to the coronavirus, was a respected longtime member of the U.S. Court of Appeals for the Washington, D.C., circuit. A former liberal who became a conservative, he was named to the Appeals Court in 1986 by then President Ronald Reagan.

In March of 1992, William’s was part of a three-judge panel ruling on a lawsuit brought by Jonathan Pollard, who had been arrested after passing classified material to Israel — containing information that America had about Israel’s enemies which was supposed to be shared with Israel under a bilateral agreement … but it wasn’t.

It was at the request of both the U.S. and Israeli governments that he had entered into a plea agreement, which spared both governments a long, difficult, and potentially embarrassing trial.

As part of that agreement, Pollard pled guilty to one count of passing classified information to an ally, without intent to harm the United States. The median sentence for this offense was two to four years in prison.

At the last moment, the U.S. government broke its word and, in an unprecedented and incomprehensible travesty, the presiding judge sentenced Pollard to life in prison.

Pollard, whose previous lawyer — Richard Hibey, a Lebanese-American hired by the Israeli government — had failed to file the requisite notice of appeal, had already spent more than six years behind bars, when, using a different attorney, he filed a habeas corpus challenge to the sentence.

While the two other judges on the panel ruled against Pollard, largely on procedural grounds, it was Judge Williams who called it as it was: Describing the life sentence as a “fundamental miscarriage of justice,” and decrying the government’s misconduct, he argued that the sentence must be vacated, and resentencing should occur in front of another judge.

More than 28 years after Williams penned that opinion, and nearly 35 years since he was arrested, the Pollard saga is still not over. After spending 30 years behind bars, Pollard was finally released from prison in November 2015, but continues to languish under extremely severe parole restrictions.

These restrictions include wearing a GPS monitoring system that consists of a bulky non-removable transmitter installed on his wrist, and two box receivers that are plugged into outlets in his cramped Manhattan studio apartment, which he shares with his wife. Whenever he moves outside the range of the receiver, the transmitter — which is three inches long and two inches wide — acts as a GPS tracker and monitors his location. Were Mr. Pollard to step out of his apartment to daven with a minyan or get some fresh air on Shabbos or Yom Tov, the battery would quickly drain, forcing him to choose between violating Shabbos or facing rearrest.

The parole restrictions also include a “curfew” that puts him under house arrest between 7:00 p.m. and 7:00 a.m. Even during the daytime, he is only permitted to be in specific parts of southern Manhattan. The restrictions also include the unfettered monitoring and inspection of any computer he touches, including those of any employer who might choose to hire him, which has prevented him from being able to gain employment.

His wife, Mrs. Esther Pollard, who led the decades-long battle to try to gain his freedom, is continuing to receive treatments for advanced-stage metastatic cancer, and the parole restrictions constrain him from being able to provide her with the assistance and care that she desperately needs at this very difficult and trying time.

In a footnote to one of their legal briefs in this case, the U.S. government noted that “there is a statutory presumption that five years after a parolee’s release, the Commission shall terminate supervision over such parolee unless the Parole Commission makes a showing that there is a likelihood that the parolee will engage in conduct violating any criminal law.”

That five-year mark is coming up in November, but sources close to the Pollards told Hamodia that, so far, the Parole Commission is refusing to say whether they will finally lift these restrictions at that date, and has rejected the pleas by Pollard’s lawyers for an answer.

History has shown that when it comes to Jonathan Pollard, presumptions simply don’t apply. The hatred toward Israel and American Jews that caused him to receive a life sentence in the first place has not disappeared. The same government officials who have insisted on these irrational, oppressive restrictions will be the ones making the decision whether or not to lift them in 2020, and they have the legal (though not the moral) ability to keep them in place until 2030.

“The cruelty and callousness being exhibited by the Parole Commission is unfathomable,” says Rabbi Avraham Heschel, a friend of Mr. Pollard.

Rabbi Heschel added that “the Israeli government has abandoned its own agent, something no self-respecting country would ever consider doing.

“This fact only makes our responsibility — as individual members of the global Jewish community — even greater,” he adds. “We must do all we can in the field of hishtadlus on behalf of Jonathan Pollard, a Yid who sacrificed so much to save the lives of other Jews. Especially when it comes to tefillah, let us continue to daven for Yehonoson ben Malkah, and his wife, Esther Yocheved bas Raizel Brachah.”