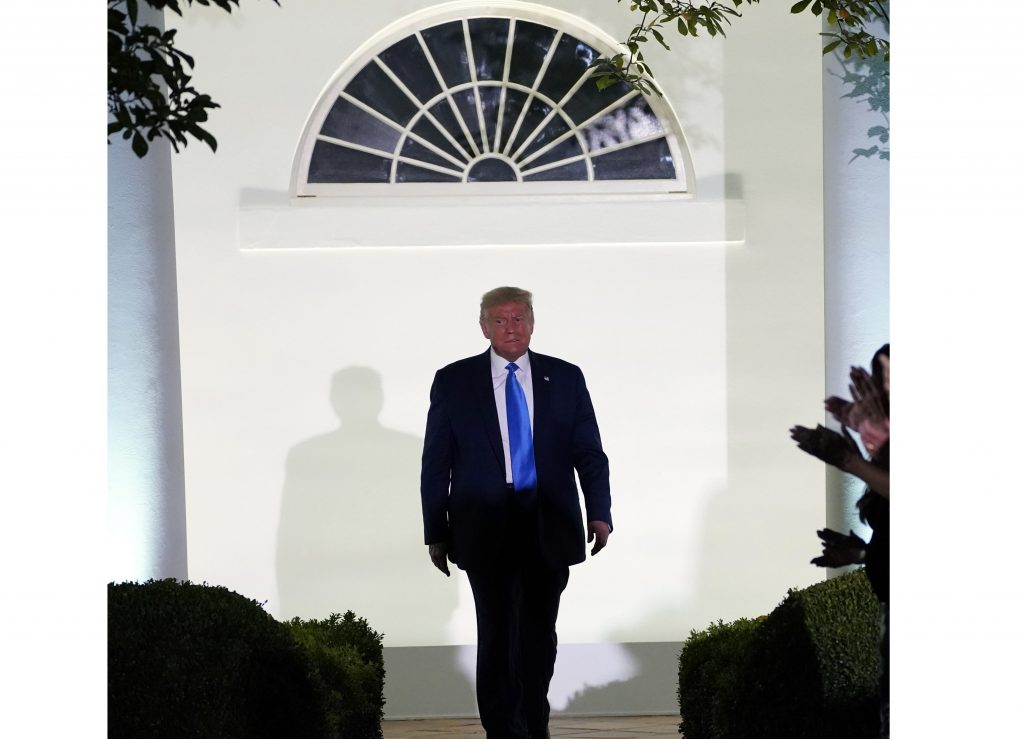 First lady Melania Trump cast her husband as the best hope for America’s future in a Rose Garden address Tuesday night as President Donald Trump turned to family, farmers and the trappings of the presidency to boost his reelection chances on the second night of the scaled-down Republican National Convention.

The president pardoned a reformed felon, used the White House grounds to elevate his wife’s keynote address and oversaw a naturalization ceremony for several immigrants in the midst of the prime-time program.

“I know many people are anxious and some feel helpless. I want you to know you’re not alone,” said Mrs. Trump as she referenced the pandemic raging across America. “Donald will not rest until he has done all he can to take care of everyone impacted by this terrible pandemic.”

Mrs. Trump and two of his five children led a diverse collection of Republicans — swing-state farmers, evangelical Christians and even a convicted bank robber — calling for Trump’s reelection on a night that featured a distinctly more positive tone.

In one of the few emotional moments of the night, Trump showed a video of himself signing a pardon for Jon Ponder, a man from Nevada who has founded an organization that helps prisoners reintegrate into society.

“We live in a nation of second chances,” Ponder said, standing alongside Trump.

“Jon’s life is a beautiful testament to the power of redemption,” Trump said before he signed the pardon.

And the convention lineup featured a Democrat for the second night: Robert Vlaisavljevich, the mayor of Eveleth, Minnesota, praised Trump’s support for his state’s mining industry in particular.

“President Trump is fighting for all of us. He delivered the best economy in our history and he will do it again,” Vlaisavljevich said.

Secretary of State Mike Pompeo was addressing the convention and nation during an official overseas trip in Israel.

“President Trump has put his America First vision into action,” Pompeo said. “It may not have made him popular in every foreign capital, but it’s worked.”

Mrs. Trump was the intended star of the night. The first lady spoke from the renovated Rose Garden as she addressed an in-person group of around 50 people, including her husband.