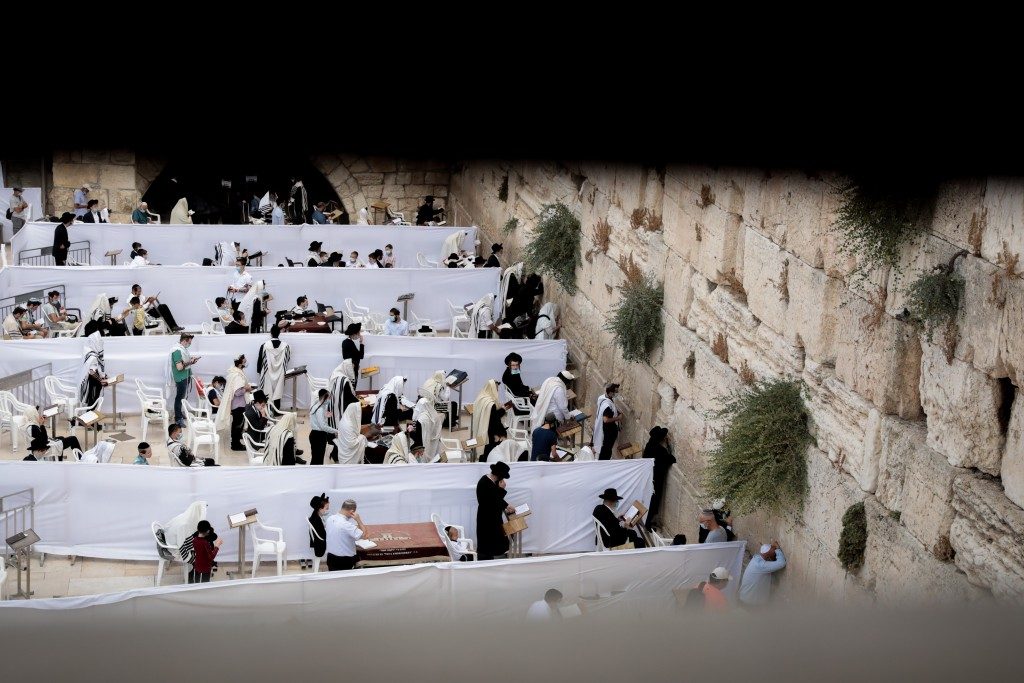 Two days before Rosh Chodesh Elul, the Kosel area was packed. And Egged’s bus service just couldn’t keep up. It was beautiful and inspiring to see how many Yidden, including many chilonim, selected the Kosel as their destination of choice in the staycation corona climate. Concomitantly, it was hard not to feel a bit worried (okay, more than a bit) seeing so many people left with no choice but to board crowded-to-overflowing buses to get home.

Now, recently, the Israeli government tightened the corona rules, including a prohibition against more than two passengers in a private vehicle unless they live in the same home. If some kind person would have driven by Maaleh HaShalom Street and offered people a ride, alleviating some of the severe bus congestion, he could’ve incurred a 500 NIS fine!

This type of inconsistency and illogic (and that is a charitable way of putting it) apparently has a lot to do with the lack of trust of the Israeli public in its leadership. Around June, surveys showed that more than 50% of the Israeli public expressed trust in the government vis-à-vis its handling of the corona situation. Barely two months later — roughly three weeks ago — a survey conducted by the Homefront Command showed that that number dropped precipitously to a measly 19%. Perhaps even worse, the latter survey showed that only 17% of the public understands the rules.

The level of confusion is enormous. And confusion, especially if it is persistent and pertains to fundamental facets of everyday life, can be demoralizing.

“Illumination of the eyes,” says the passuk in Mishlei (15:30), “gladdens the heart.” The Metzudas Dovid explains that what this means is that when a person experiences a sense of illumination in a matter which was mired in doubt, it gladdens his heart, “for there is no joy in the entire world like the joy of resolving doubts.” If resolving confusion is a source of great relief and joy, then suffering with persistent confusion is a source of anxiety and anguish.

In fact, in a February 26, 2020, review on the psychological impact of quarantine conducted by researchers from King’s College London and published in the medical journal Lancet, one of the primary negative psychological impacts identified was confusion, along with post-traumatic stress symptoms and anger. Another study, published in The Journal of Psychology and dating back to June of 2017, found that “greater experience of economic hardship increased with financial threat, which, in turn, increased with levels of suicide ideation and confusion.” Clearly, persistent doubt and confusion is associated with significant manifestations of mental anguish.

Someone brought to my attention a few months ago that all of the enormous confusion of the coronavirus situation is part of the Heavenly decree that we are being made to struggle with. This is a crucial point to recognize. Often, our knee-jerk reaction is to look for immediate causes and scapegoats.

“It’s because Trump is so busy staving off the endless attacks and attempts to undermine him.”

“It’s because Bibi is so overwhelmed with the intractable political situation and his own legal woes.”

That’s why our governments don’t have the time, energy, or focus to deal with the coronavirus properly.

Or, as Rabbi Fishel Schachter once put it, a guy is driving around and around the block desperately looking for a parking spot. “Please, Eibershter! Please give me a parking spo…”, he begins to beg, when just at that moment he sees someone pulling out of the perfect spot. “Forget it, Eibershter,” he semiconsciously thinks, “I got one already.”

We are quick to acknowledge the fact that Hashem is the one who sent the coronavirus. Shelving that awareness, though, when it comes to the myriad details does us no good. It’s not as though we’re remiss in emunah. Chas v’shalom. Our emunah is there. And it’s strong. It’s just that the duty to assume responsibility for our lives to the best of our ability — a duty that Hashem insists we fulfill properly — makes it challenging to extend our emunah to the nitty-gritty grapple of life.

But it’s precisely all-encompassing emunah that we so desperately need. As the Chovos HaLevavos emphasizes, one of the great benefits of bitachon is pervasive calm and tranquility.

We may not know the reason for all the seemingly inexplicable twists and turns, but if we remember that we are like a small child sitting in the back of the car and Hashem is in the driver’s seat, then the confusion won’t demoralize us. On the contrary, it can serve us as a reminder that we can rest assured knowing that it is the All-knowing Who is in full control of the situation.