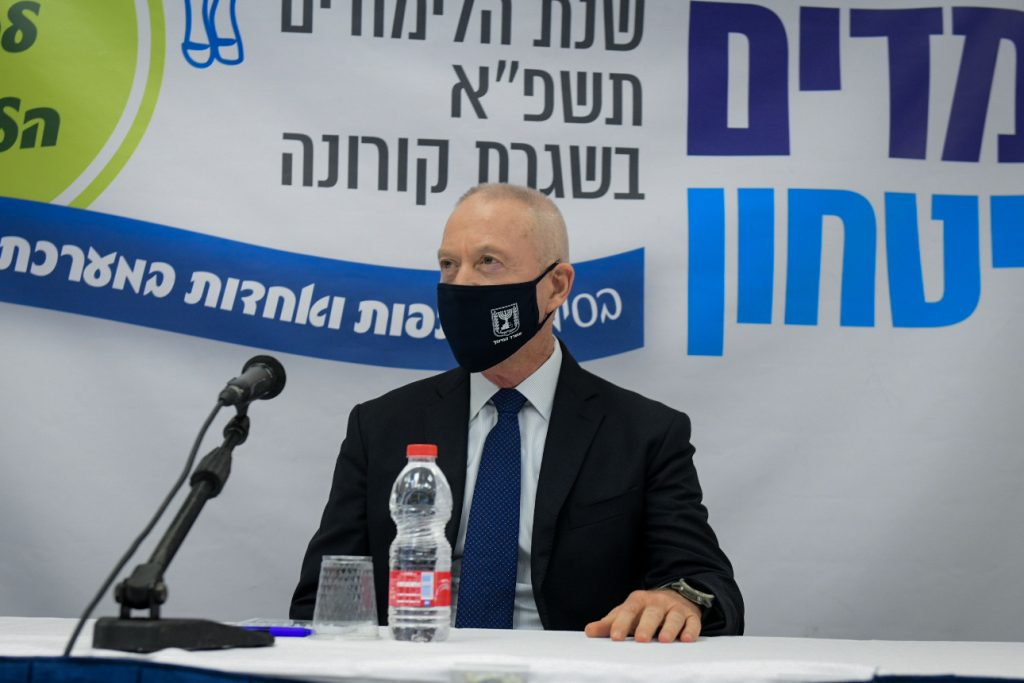 With medical opinion divided on the safety of opening schools on schedule September 1 despite high coronavirus rates, health and education officials were proposing a compromise on Monday that would see some students returning to in-person studies while others would try to keep up from home.

According to the plan approved by Education Minister Yoav Gallant, Health Minister Yuli Edelstein and coronavirus manager Ronni Gamzu, smaller class sizes will be maintained in the younger grades and distance learning from grades 5 through 12.

Gallant told the Knesset State Control Committee on Monday that the maximum class size will be 18 students, with exceptions of up to 22.

“In grades 3 and 4, classes will be divided, and new teachers were hired for that purpose. They will learn in class [in person], because they can’t learn without supervision,” he said, according to the Times of Israel.

Students in 5th to 12th grades will be at least two days in school, learning from home the rest of the time.

Special education will operate without restrictions.

However, they are examining the possibility of putting off openings of high schools in cities with high infection rates until October, after the Chagim, the Education Ministry said.

The committee’s response was less than enthusiastic.

Chairwoman MK Yifat Shasha-Biton told a senior Health Ministry official that the ministry was “driving the system crazy” with its complicated scheme.

Furthermore, she charged that “leaving fifth and sixth grade students at home is a crime.”

Brandishing a report by medical experts, Shasha-Biton said it was their opinion that classes could open up in full for all students up to grade 12, N12 reported.

“The risk of opening in full all kindergartens, primary schools, middle and high schools is low in terms of infection rate,” the document said, “and even lower in terms of expected burden on the health system or mortality.”

Meanwhile, the Israeli National Parents Association and the Coronavirus Committee declared their opposition, saying that if the “hybrid” learning proposal does not change, they will consider keeping their kids at home and forcing the school year to start late.

Professor Itamar Grotto, the Health Ministry Deputy Director-General, agreed to review the plan, but made clear that it would not be easily revamped to appease the critics.

The Health Ministry has its own experts, he said, many of whom opposed opening the schools on September 1 at all, at least for grades seven and above.

“There was a narrow majority among the group of experts, thanks to whom we succeeded to agree to open schools,” Grotto said.