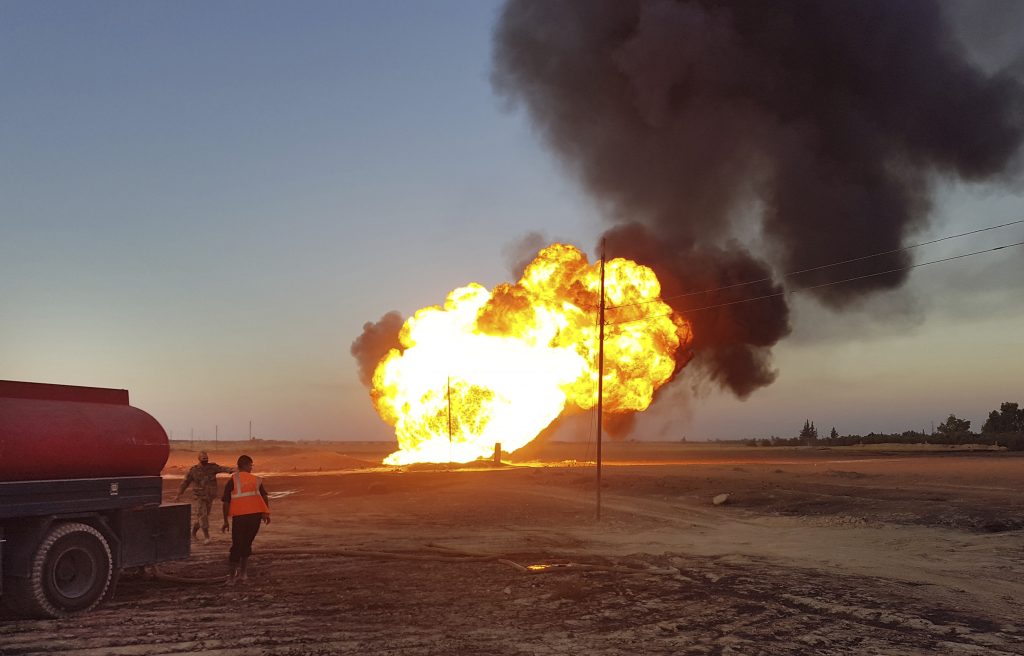 The oil minister, Ali Ghanem, said the explosion struck the line that feeds three power stations in southern Syria and that it could have been a “terrorist act” but did not elaborate.

Syria’s oil and gas infrastructure have been hit over the past years by acts of sabotage but no one has ever claimed responsibility for such attacks. The nine-year civil war that has killed more than 400,000 people has also badly affected Syria’s infrastructure and oil and gas fields, many of which are outside government control.

The state news agency SANA quoted Electricity Minister Zuhair Kharbotli as saying the explosion on the “Arab Gas Pipeline” occurred after midnight Sunday between the northeastern Damascus suburbs of Adra and Dumair. The Arab Gas Pipeline system extends from Egypt into Jordan and Syria.

He said it was the sixth time the pipeline was hit. Technicians are working to fix the problems and electricity should be restored in the coming hours, he said.

In December, near-simultaneous attacks believed to have been carried out by drones hit three government-run oil and gas installations in central Syria. One of the attacks targeted the oil refinery in the central city of Homs.

Syria has suffered fuel shortages since last year. Western sanctions have blocked imports, while most Syrian oil fields are controlled by Kurdish-led fighters in the country’s east.