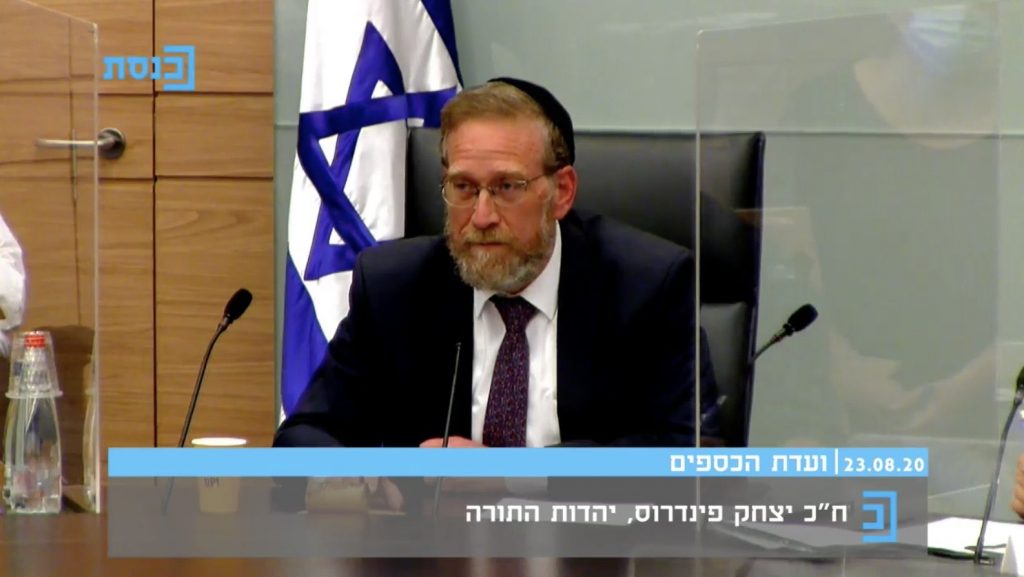 Following a lengthy debate that stretched into the early hours of Monday morning, the Finance Committee approved for its second and third readings the Basic Law Proposal, which would give the government an additional 120 days to approve the state budget beyond the current August 25 deadline.

By law, a government that takes office during a year when no budget has been passed must push through its own budget within 100 days, or the government falls. The current government was sworn in on May 17, so the 100 days end on August 25. Under the terms of the bill, which was submitted by MK Zvi Hauser (Derech Eretz), that limit would be put off by 120 days until December 23.

During the meeting, which was chaired by MK Rabbi Yitzchak Pindrus (United Torah Judaism), the Finance Committee rejected more than 100 reservations to the bill. The original bill extended the deadline for passing a state budget by 100 days, while the revised legislation gives the government an additional 120 days to pass a budget.

As part of the negotiations on the budget bill, the committee agreed together with the Finance Minister to add NIS 11 billion to the country’s budget. The overall budget proposal is NIS 411 billion and it will be used to cover projects and programs that have been running since 2019 but were put on hold.

The explanatory notes attached to the bill say: “The State of Israel is dealing with a national crisis as a result of the outbreak and spread of the coronavirus. The crisis is being managed by a national unity and emergency government that was formed particularly to deal with the consequences of said pandemic. The characteristics of the crisis and its long-term ramifications have created significant economic uncertainty. To this is added a national challenge in which Israel may, for the first time, deal this coming winter with an event that combines the outbreak of the coronavirus and the outbreak of the flu virus.

“This unique and unprecedented situation requires a different timetable for formulating a budget than the one set in the basic law. Dissolving the Knesset at this time would [significantly] harm the stability of the households, the stability of the Israeli economy and the public’s general interest.”