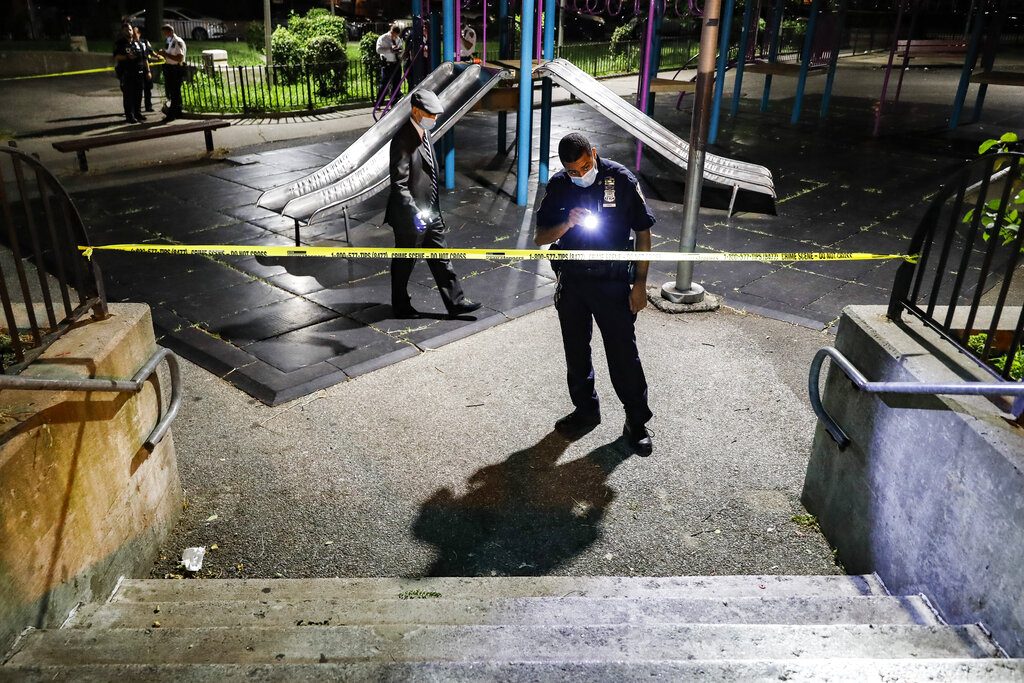 A 27-year-old man in Coney Island was killed at 2 a.m., and a 34-year-old man was shot in Queens at 7 a.m. and died of his wounds in the hospital shortly after.

The shooting in Coney Island injured an additional three people.

Over Shabbos, Priscilla Vasquez, a city park employee, was shot to death in a seemingly random attack in the Bronx. The 25-year-old mother of three was standing with several others outside a public school when a masked man fired wildly in their direction. Her family will raise her two sons and daughter.

“The bad guys have increased,” Brooklyn Borough Eric Adams president told CBSNews bluntly, and expressed his frustration that the NYPD has not released any plans how the department intends to combat the gun violence. “They need to roll their plan out…I don’t know about their plan. That’s a problem.”