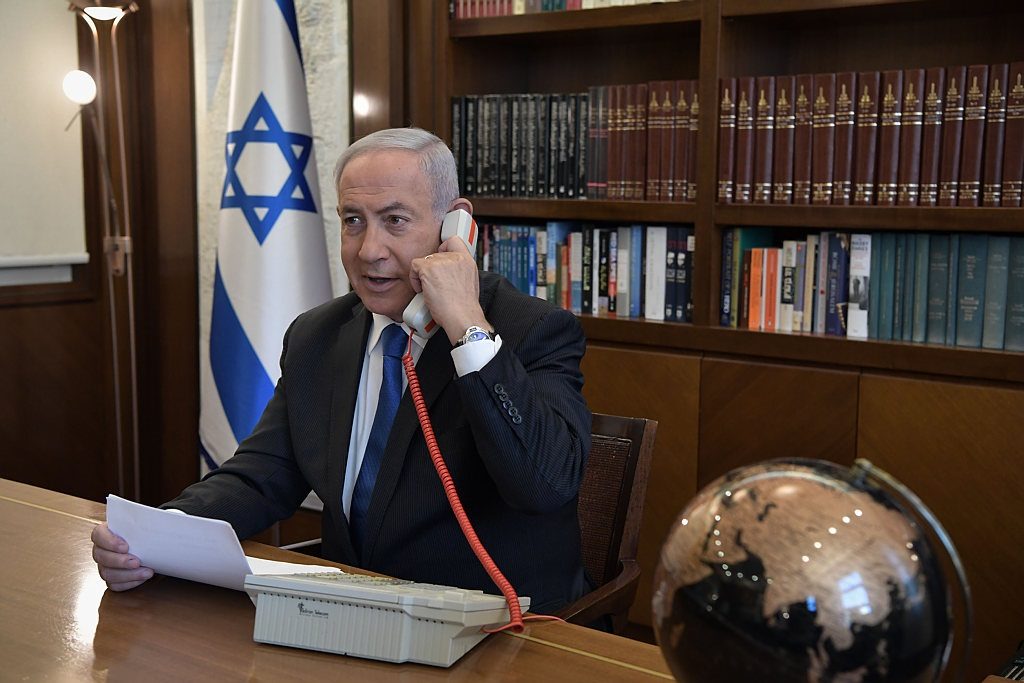 Israel is preparing to start negotiating the deal for normalization with the United Arab Emirates, and one of Israel’s main requests is that Abu Dhabi secure the approval of Saudi Arabia for Israeli aircraft to use its airspace.

Israel hopes that direct talks with the Emiratis will begin this week. Both sides have held preliminary talks, but most of the contact is still being handled through Washington. In Israel, a steering committee will coordinate all contacts, and the committee will include the members of a forum that met last week at the National Security Council to prepare for the start of direct negotiations.

That forum includes NSC head Meir Ben-Shabbat, Foreign Minister Director General Alon Ushpiz, and senior officials from other government ministries. Israel and the Emirates have agreed to have teams of experts from each country discuss each of the areas included in the deal to establish bilateral relations.

One possible difficulty will be to secure Saudi approval for Israeli use of its airspace. Israel plans to insist that any direct air route between Israel and the UAE will be open to Israeli airlines as well as Emirati ones, and expects the Emirates to pursued the Saudis to allow Israeli airlines to fly over it en route to the UAE.

At this point, Israel does not expect talks with the Emiratis to drag out, and hopes to see the deal signed, sealed and delivered within a month.

One senior Israeli official noted that the U.S. political timeline, with presidential elections at the start of November, demanded that agreements be reached quickly.

In a related development, media outlets in the UAE are attacking Turkish President Recep Tayyip Erdogan for his criticism of the Emirates. To point out his hypocrisy, the news outlets ran an expose of Erdogan’s former foreign minister and current political rival, who said at a meeting of his new party that Erdogan was hiding the fact that after a trade of barbs with former President Shimon Peres after Operation Cast Lead, Ankara had issued an official apology to Peres.