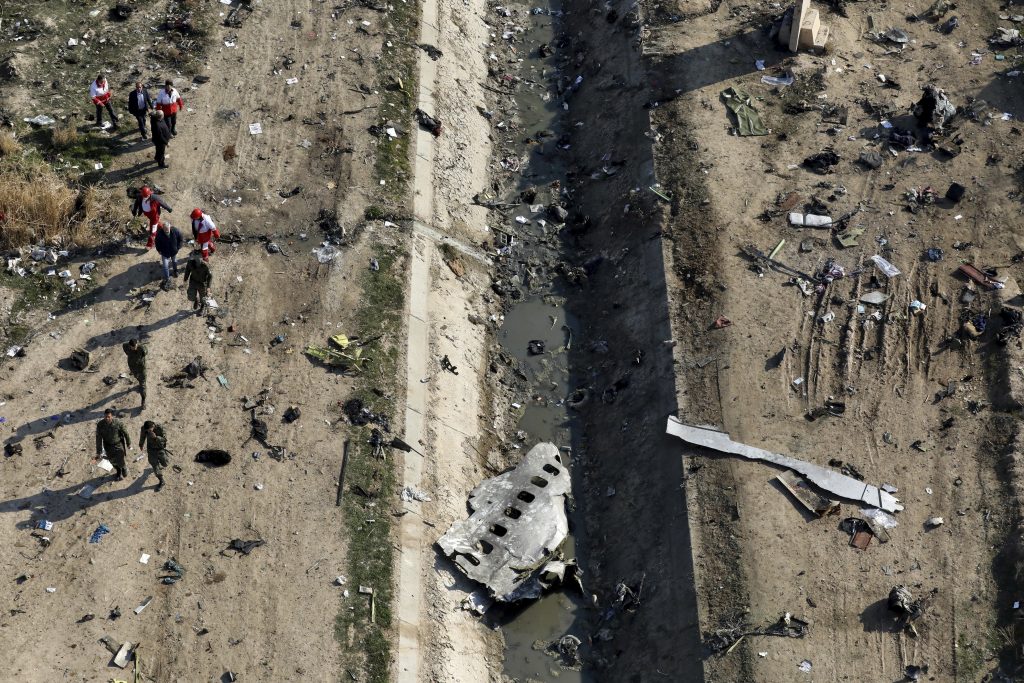 Analysis from the black boxes of a downed Ukrainian passenger plane shows it was hit by two missiles 25 seconds apart and that passengers were still alive for some time after the impact of the first blast, Iran said on Sunday.

The announcement by the head of Iran’s Civil Aviation Organization marks the first official report on the contents of the cockpit voice and data recordings, which were sent to France for reading in July.

Tehran has said it accidentally shot down the Ukraine airliner in January, at a time of extreme tensions with the United States. All 176 people aboard the plane were killed.

Iran has been in talks with Ukraine, Canada and other nations that had citizens aboard the downed plane, and who have demanded a thorough investigation into the incident.

“The data analysis from the blackboxes should not be politicized,” Zanganeh said.

Iran’s Revolutionary Guards shot down the Ukraine International Airlines flight with a ground-to-air missile on Jan. 8, just after the plane took off from Tehran, in what Tehran later acknowledged as a “disastrous mistake” by forces on high alert during a confrontation with the United States. Iranian and Ukrainian officials have held talks on the compensation to families of the victims. Another round of talks is set for October.