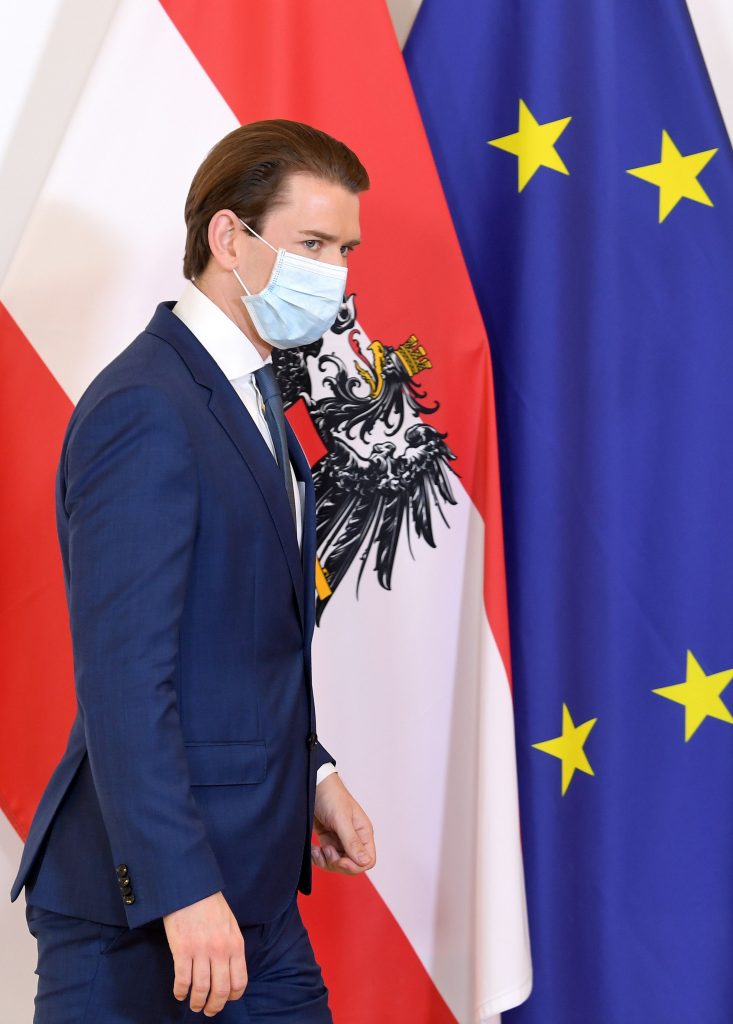 Austrian Chancellor Sebastian Kurz and other senior government politicians said they were shocked over an attack on a Jewish community leader in the southern city of Graz over the weekend, and ordered tighter security at Jewish institutions around Austria.

An assailant attacked the Graz Jewish community’s president, Elie Rosen, with a wooden club on the premises of their synagogue, which was twice targeted by acts of vandalism in the past week, the community said in a statement late on Saturday.

Rosen took shelter in his car and was unhurt. The attacker then fled, according to the statement.

Police in Styria, the province where Graz is located, said they are searching for the suspect.

The synagogue and a communal building of the Jewish community of Graz were also vandalized with graffiti. Pro-Palestinian slogans were posted on both buildings, such as “Palestinian is free” and “Our language and our country are red lines.” Local police are investigating and surveillance footage is being evaluated.

According to the Jewish community, both the historic brickwork of the synagogue, destroyed in 1938 and rebuilt in 2000, as well as the facade of the neighboring building were defaced.

Kurz said on Twitter he was shocked by the attack on Rosen and authorities would do what they could to find the perpetrator and guarantee the security of the Jewish community in the country.

Interior Minister Karl Nehammer said, also on Twitter, that surveillance of all Jewish institutions in Austria would be tightened in response.

According to a report published in May by the Jewish Community of Vienna and the Forum against Antisemitism, 550 anti-Semitic incidents were recorded in Austria in 2019, up 9.5% from 2017.

Austrian President Alexander Van der Bellen also condemned the attack, saying: “Hatred towards Jews and anti-Semitism have no place in our society.”