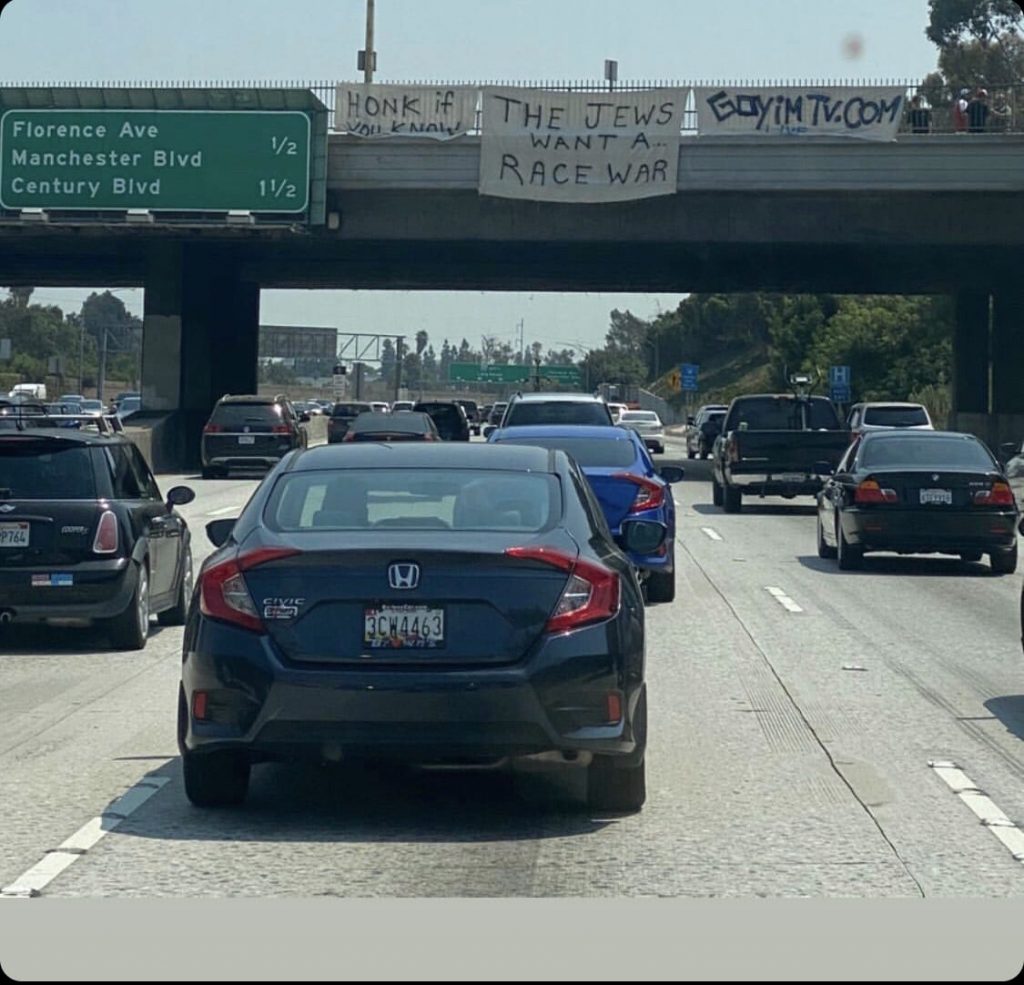 Cars driving along the 405 Freeway in Los Angeles on Sunday morning, August 23, were shocked to see a large antisemitic sign hanging from an overpass. Leaders of the Jewish community, who were notified about the sign at 11:00 Pacific Time notified the authorities about the repulsive sign and were awaiting a response from them concerning its removal.

A second sign hanging alongside the fist directed viewers to a well known site known for its antisemitic content.

By mid-afternoon, the city council’s office contacted leaders of the Jewish community to inform them that the sign had been removed.