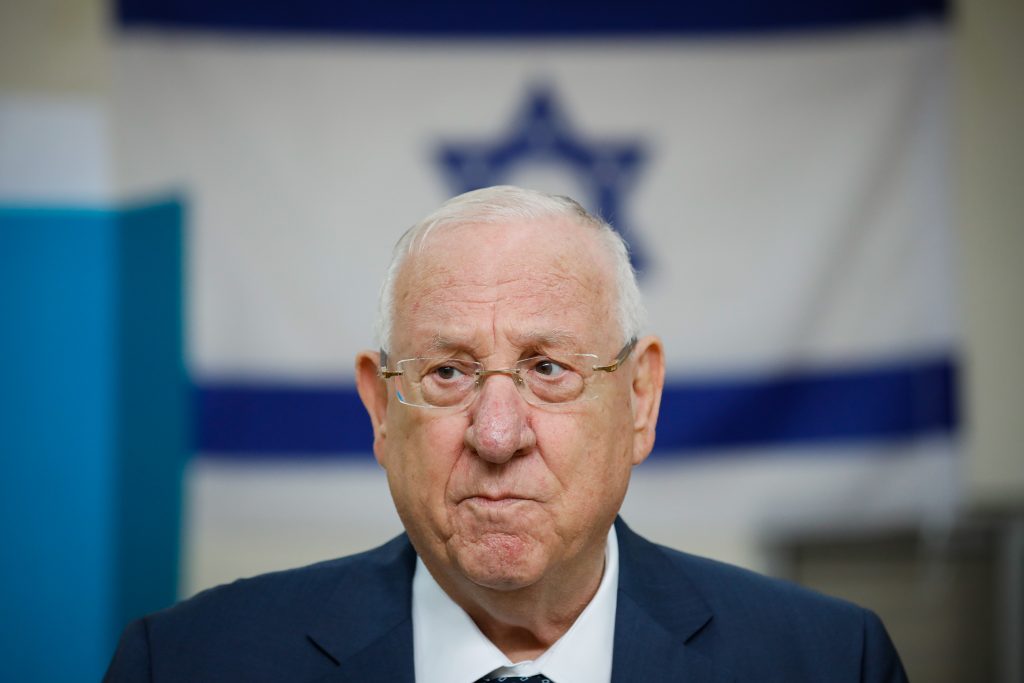 President Reuven Rivlin has been holding a round of conversations with heads of the government coalition parties in recent days with the aim of preventing the dissolution of the Knesset next Monday and another election.

The President has met with Housing Minister Rabbi Yaakov Litzman, has spoken on the phone with MK Rabbi Moshe Gafni, with Interior Minister Rabbi Aryeh Deri and with Minister of Defense Benny Gantz and spoke about the issue in his meeting this week with Prime Minister Binyamin Netanyahu.

The President stressed that it is inconceivable that the question of approving the budget will lead to a fourth round of elections. He made it clear that despite the great importance attached to upholding agreements, if approving the budget is indeed the only obstacle to preventing elections, leaders of all coalition parties must show flexibility in order to pass the budget, according to a statement issued by the president’s office on Thursday.

Speaking to the party leaders, the President warned that “public trust in its elected representatives will reach a significant low point if there are new elections. After three rounds of elections in less than a year, we the people feel cheated and suspicious. If we are forced there, we must ensure that we go to elections with absolute transparency, and that the public knows precisely why. We must not allow the budget to be the reason.”

Despite Rivlin’s intervention, the Likud and Blue and White parties carried on their row over whether there will be a one-year or two-year budget.

No compromise appeared to be on the horizon, according to The Times of Israel. If they fail to agree by Monday night, the country automatically goes to elections for the fourth time in less than two years, an unprecedented situation.