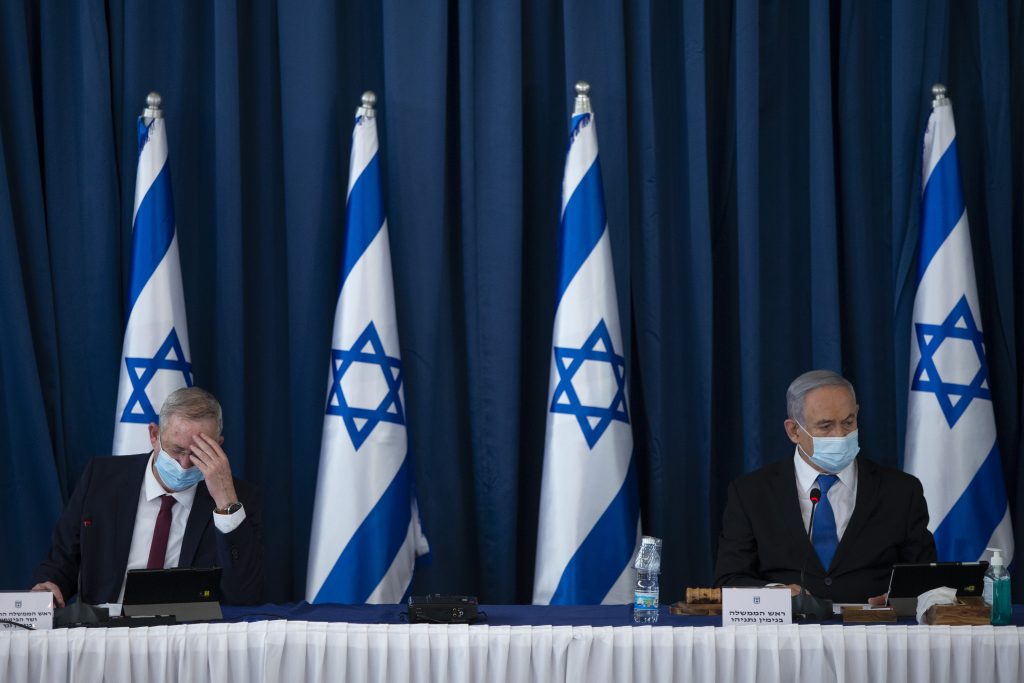 Prime Minister Binyamin Netanyahu called Blue and White leader Benny Gantz on Thursday evening with a heartfelt plea to end the fight over the state budget that threatens another round of elections.

“Let us do everything we can to resolve the budget crisis today,” said Netanyahu, according to media reports. “Any other political consideration must be put aside. The citizens of Israel need a functioning government that works for them. If you accept the compromise offer, we can prevent elections.”

It was not clear from the reports what compromise Netanyahu was referring to. Sources close to Gantz said there wasn’t any new compromise offer and dismissed it as “just part of the blame game.”

Netanyahu has been accused daily in the Israeli media of seeking a pretext to force new elections as a way of escaping from the rotational scheme in the coalition agreement that requires him to hand over the office of Prime Minister to Gantz after 18 months. But, says the Gantz camp, Netanyahu doesn’t want to be blamed for elections to serve his personal interest while the nation is in a health and economic crisis, and so plays the conciliator.

In any event, disputes remained Thursday night over the budget, key appointments and other issues.

President Reuven Rivlin issued a press release earlier in the day saying that he has been trying to mediate between the two sides, and that another election was “unthinkable.”

A spokesman for Shas leader Rabbi Aryeh Deri said he was “talking to both sides constantly,” but whether there will be an election “will only be decided at the last minute.”

The last minute will be Monday night, the deadline for passing a new budget. If that fails, the unthinkable follows automatically.