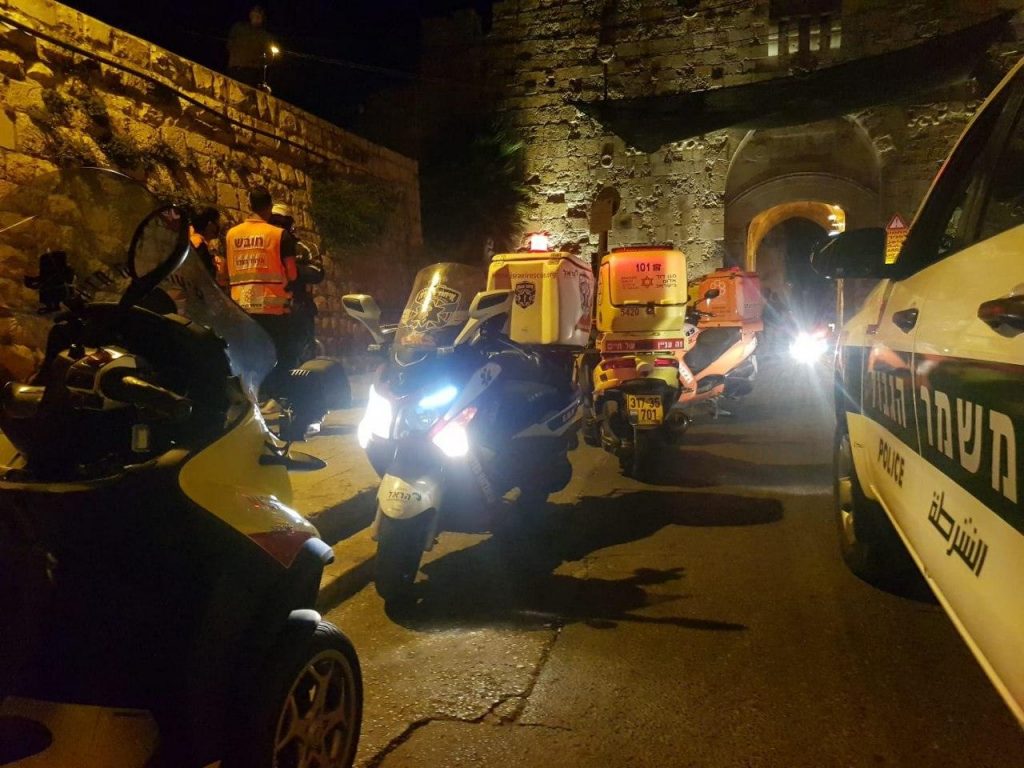 A 19-year-old Border Police officer who was moderately wounded Monday in a terror attack in the Old City of Yerushalayim was released from hospital Thursday.

The officer and a 58-year-old woman were stabbed by a 30-year-old male near the Lion’s Gate, police said. The suspect was shot and pronounced dead on the scene.

A spokesperson for Hadassah hospital, where the two victims were taken for treatment, said the officer was admitted with wounds to his chest. The woman had been injured in the arm when she was stabbed by the attacker.

The case is currently under investigation.