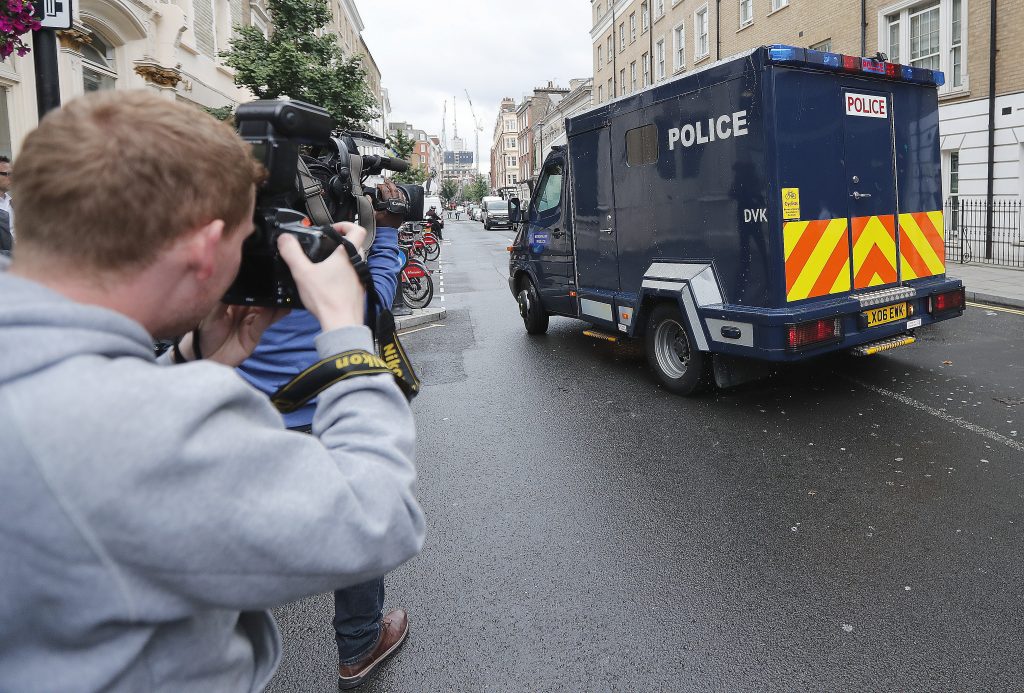 The brother of the suicide bomber who set off an explosion at a 2017 concert in Manchester, England, killing 22 people and injuring hundreds, was sentenced Thursday to a minimum of 55 years in prison.

Hashem Abedi, 23, had denied helping plan the attack at Manchester Arena but was found guilty of murder, attempted murder, and conspiring to cause explosions. His sentencing had been postponed due to travel restrictions during the coronavirus pandemic.

His elder brother Salman Abedi, who set off the bomb, died in the May 22, 2017, bombing at the end of the concert, as thousands of children and young people were leaving the event.

Hashem Abedi refused to attend court for the two-day sentencing hearing, which heard powerful testimony from the families of the victims, many of whom fought back tears as they described their grief.

Judge Jeremy Baker said that the two brothers were “equally culpable for the deaths and injuries caused by the explosion.”

“Although Salman Abedi was directly responsible, it was clear the defendant took an integral part in the planning,” Baker said.

The judge said that had the younger brother been over age 21 at the time of the explosion, he would have been given a “whole-life term.” Instead, he was sentenced to serve a minimum of 55 years before parole may be considered.

“The defendant should clearly understand the minimum term he should serve is 55 years. He may never be released,” Baker added.

He added that there was a “significant degree of premeditation” and that the motivation for the brothers was “to advance the ideology of Islamism.”

The brothers were born in Manchester to Libyan parents. They had travelled to Libya the month before the attack. Salman returned to the U.K. on May 18, 2017, when he finalized preparations for the attack. Hashem remained in Libya until he was extradited to Britain and arrested at a London airport last year.

Prosecutors say he played a key role in the attack, including ordering chemicals for the bomb and arranging transport for the materials.

The Manchester bombing was the deadliest in a string of extremist attacks in London and Manchester in the spring and summer of 2017. Targets in London included Westminster Bridge, London Bridge, and a north London mosque.

Commenting on Thursday’s sentencing, Prime Minister Boris Johnson said the Manchester attack was a “horrifying and cowardly act of violence which targeted children and families.”

“Those who were taken from us will never be forgotten, nor will the spirit of the people of Manchester who came together to send a clear message to the entire world that terrorists will never prevail,” Johnson said.

The youngest victim who was killed in the attack was only eight years old.