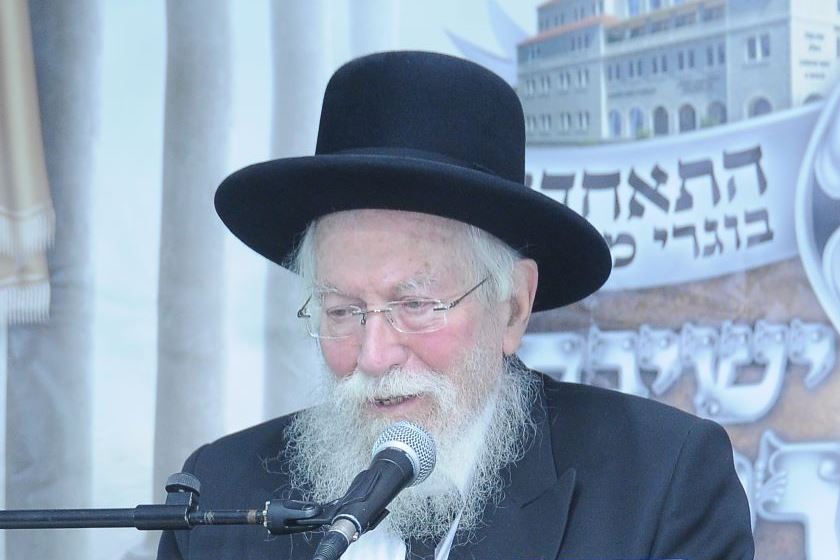 The Torah world was plunged into mourning with the petirah of noted Dayan Hagaon Harav Zalman Nechemia Goldberg, zt”l, on Thursday afternoon in Yerushalayim. He was 89 at his passing.

He was born in Minsk, Belarus, in Shevat 5691/1931. His parents were Harav Avraham and Freidel Goldberg, and the family moved to Eretz Yisrael when he was five years old. They settled in Yerushalayim.

After his bar mitzvah he learned in Yeshivas Chevron. He later moved to Yeshivas Ponevez in Bnei Brak, on the advice of the Chazon Ish. He later returned to the Chevron Yeshivah.

Harav Goldberg was noted as a Dayan and for his extensive knowledge in the technological, medical and legal fields.

He was famous for the many tests he would give to talmidei chachamim who wanted to receive semichah as Rabbanim and/or Dayanim. Over the past 50 years, thousands of Rabbanim have undertaken written and oral tests from him.

In recent days he was hospitalized in the Hadassah Ein Kerem Hospital after a stroke. He was niftar on Thursday.

The levayah will be held Thursday night, to Har Hazeisim.