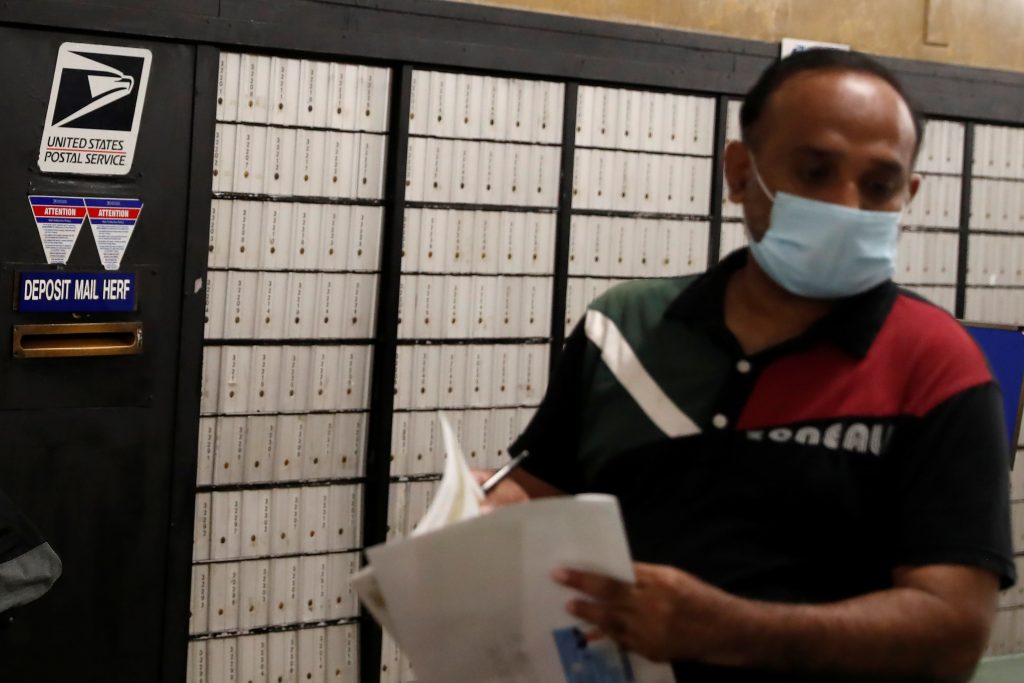 Turmoil at the U.S. Postal Service (USPS) is causing some Democrats and local election officials to rethink their vote-by-mail strategies for November’s presidential election, shifting emphasis to drop boxes and early voting that bypass the post office.

The 2020 contest promises to be the nation’s largest test of voting by mail. But President Donald Trump’s relentless, unsubstantiated attacks on mail balloting, along with cost-cutting that has delayed mail service nationwide, have sown worry and confusion among many voters.

Democratic officials who just weeks ago were touting their dominance in mail balloting during a recent rash of primaries are now cautioning supporters of presidential challenger Joe Biden to be wary. Operatives in battleground states, including Pennsylvania, are particularly concerned about ballots arriving too late to count for the Nov. 3 election.

“We are considering telling voters that if they haven’t mailed out their complete ballot by Oct. 15, don’t bother. Instead, vote in person or drop off the ballot” at an elections office, said Joe Foster, the chairman of the Democratic Party in Montgomery County, the most populous of Philadelphia’s suburban counties. “We want to make sure every vote counts.”

Other local Democratic leaders, from states like Florida and North Carolina, told Reuters they also are weighing urging voters to submit mail ballots weeks ahead of the election or else vote in person.

On Tuesday, Postmaster General Louis DeJoy announced he was suspending cost-cutting measures he had put in place in recent weeks that had led to widespread service disruptions. Those changes included limits on employee overtime, orders for trucks to depart on schedule even if there was mail still to be loaded, and the removal of some mail sorting machines.

But some Democrats said the damage is already done. Many don’t trust DeJoy – who was a major Trump campaign donor before becoming postal chief – to restore service at the independent government agency amid a presidential race that polls say Biden is leading.

“Return the mailboxes you removed,” Rep. David Cicilline of Rhode Island said on social media. “Return the sorting machines you took out. Restore the regular hours of post offices you cut short. Return postal vehicles you took. The list goes on.”

Democrats asked for $25 billion to shore up the balance sheet of the USPS in a massive virus aid package that passed the House of Representatives in May. Republicans have balked at that figure, and Trump last week said he opposed that funding because it might be used to encourage mail voting. But administration officials in recent days have said they are open to additional funding as public outrage over the USPS drama has grown.

Election experts say mail voting is as secure as any other method.

Amidst the confusion and outrage, a bipartisan majority of Americans want the government to spend more money on the USPS, and most agree that mail delivery will be a vital part of the November election, a Reuters/Ipsos public opinion poll released on Wednesday found.

The poll found that 78% of Americans, including 92% of Democrats and 67% of Republicans, agreed “a well-functioning United States Postal Service is important to having a smooth and successful election during the coronavirus pandemic.”

Nearly three-quarters of Americans, including 88% of Democrats and 60% of Republicans, agreed “funding for the United States Postal Service should be increased to ensure Americans’ mail gets delivered in a timely fashion.”