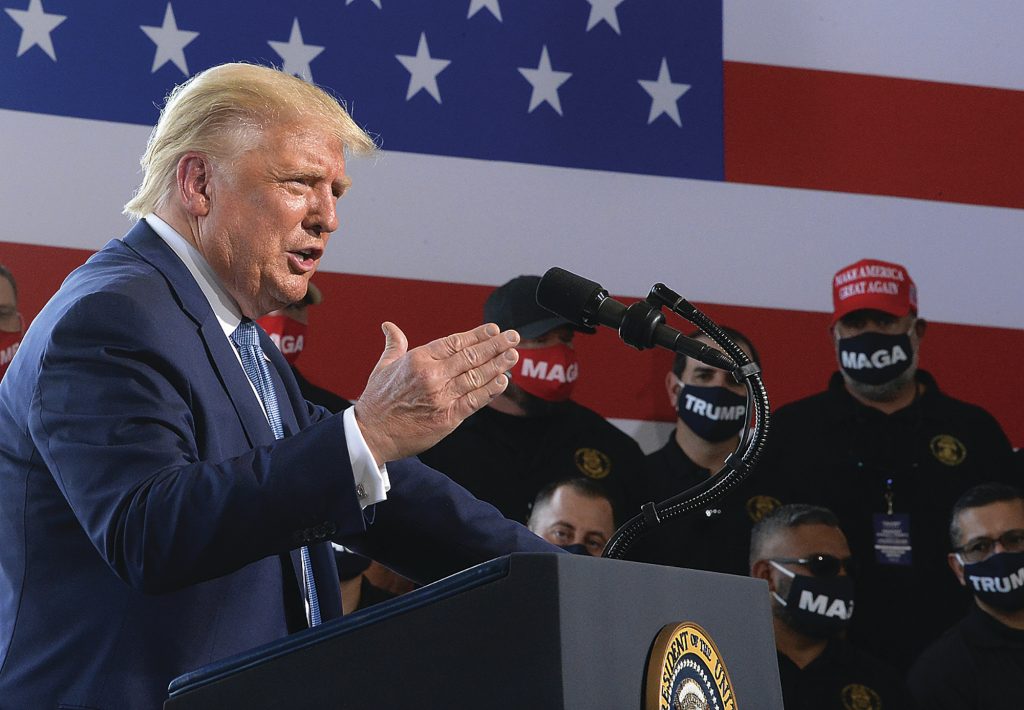 President Donald Trump on Wednesday urged people to boycott tires from Goodyear Tire and Rubber Co., tweeting that the Ohio-based company had “announced a BAN ON MAGA HATS.”

But the company didn’t announce such a specific ban, only said it had asked employees to refrain from workplace expressions involving political campaigning or “forms of advocacy that fall outside the scope of racial justice and equity issues.”

Trump’s tweet immediately sent the company’s stock downward. The stock had lost about 3.8% percent of its value in mid-day trading.

“Get better tires for far less! (This is what the Radical Left Democrats do. Two can play the same game, and we have to start playing it now!),” Trump tweeted.

Trump’s tweet followed a report from WIBW TV station in Topeka, Kansas, based on an anonymous Goodyear employee’s screenshot that listed Black Lives Matter and other messages as acceptable while politically affiliated slogans and material, including “MAGA Attire” and “Blue Lives Matter,” were listed as unacceptable. The screenshot was described in the report as part of the company’s diversity training.

But Goodyear responded to Trump with a tweet of its own, saying that the company was the focus of a conversation that “created some misconceptions about our policies and our company. Goodyear has always wholeheartedly supported both equality and law enforcement and will continue to do so.”

The company said the screenshot was not created or distributed by the company’s corporate offices or part of a diversity training class. However, it also stressed that it does ask its workers to “refrain from workplace expressions in support of political campaigning for any candidate or political party, as well as similar forms of advocacy that fall outside the scope of racial justice and equity issues.”

Goodyear has a more than 120-year history in Ohio, a battleground state in the presidential election. Most of its competition is headquartered outside the United States.