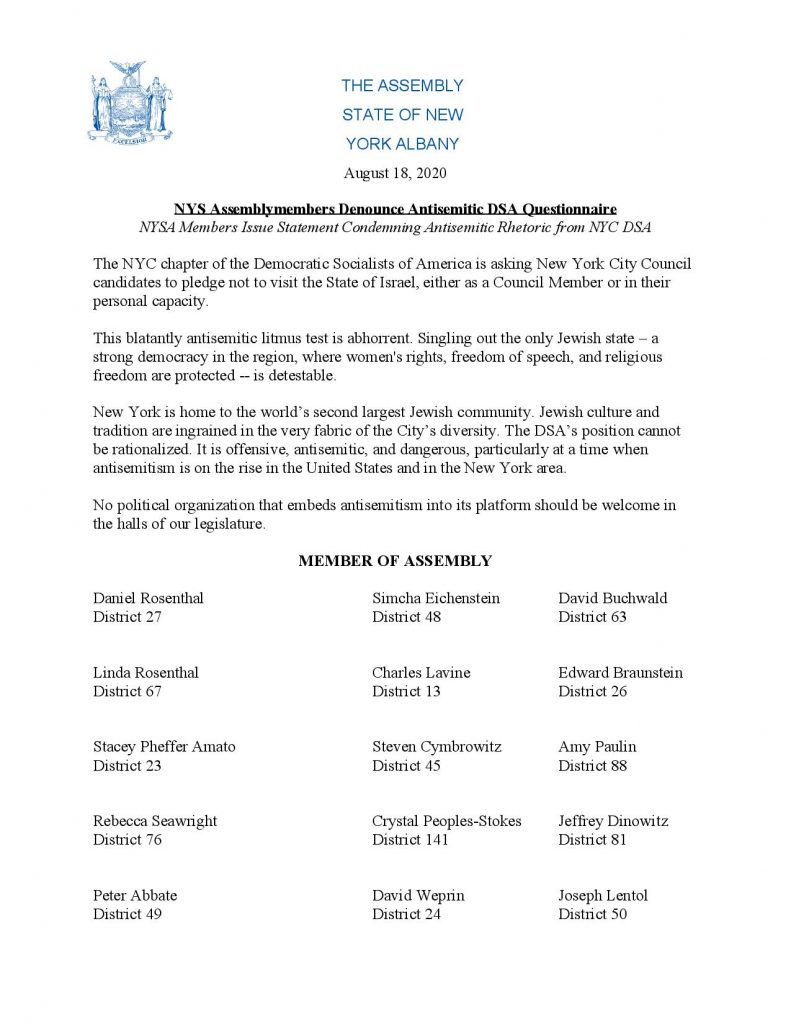 In response to the Democratic Socialists of America’s questionnaire controversy, 53 members of the New York State Assembly have signed a statement condemning the DSA’s singling out of Israel as a “blatantly antisemitic litmus test.”

The statement was a response to the DSA’s questionnaire for potential city council candidates, which included the questions if the candidates would promise to not visit if they were elected. Candidates were also asked for their position on BDS. Notably, it was the only country singled out for a travel boycott in the DSA’s questions on foreign policy.

As the letter noted, the Jewish community in New York is the second largest in the world after Israel, and Jewish cultures and communities contribute to the rich diversity of the state. The DSA’s position is “offensive… and dangerous,” not only for singling out the only Jewish state but for coming “particularly at a time when antisemitism is on the rise in the United States and in the New York area.”

When asked about the situation at a press conference, Mayor de Blasio said the requirement “just doesn’t make sense… You can dislike the Israeli government at this moment or specific policies, but to suggest that people shouldn’t visit there, I think is wrong; to support the BDS movement, is wrong. That would rob Israel of its economic ability to allow for people to have a livelihood.”

He added that he believed this controversy will only push people away from the DSA, and to refuse to visit and avoid experiencing and hearing from others and the variety of perspectives is an anathema to the values of diversity and tolerance the DSA claims to promote.