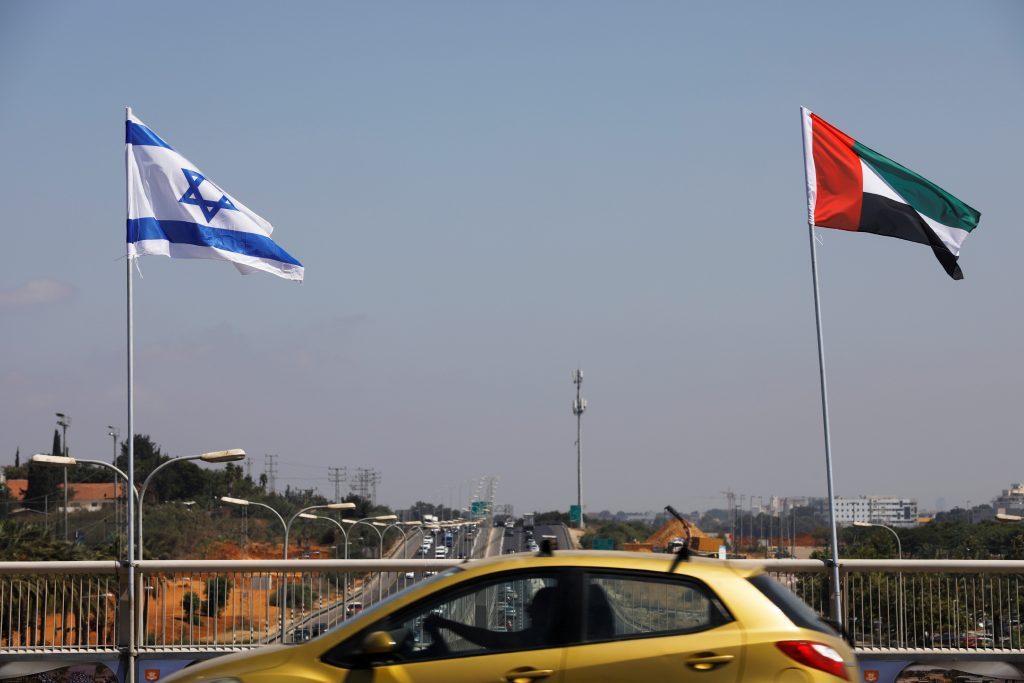 In an announcement that caught the media and even governments throughout the world by surprise, President Trump announced last week that his administration had brokered a landmark deal under which the United Arab Emirates (UAE) would become the third Arab country to establish full diplomatic relations with Israel.

The UAE — which is actually a federation of seven emirates — Abu Dhabi, Ajman, Al Fujayrah, Ash Shariqah, Dubai, Umm al Qaywayn, and Ra’s al Khaymah — is a wealthy regional powerhouse, and this deal is widely expected to pave the way for other countries, including Oman and Morocco to follow suit. After 49 years, Israel and the United Arab Emirates will exchange embassies and ambassadors and begin cooperation across the board on a broad range of areas, including tourism, education, healthcare, trade, and security. As part of this impressive accomplishment by the Trump Administration, Israel will temporarily suspend plans to annex parts of Yehudah and Shomron.

The announcement swiftly earned bipartisan praise within the United States, and early polls showed a strong majority of Israelis supporting the deal as well.

The reaction of the Iranian regime spoke volumes.

President Hassan Rouhani declared that the UAE “committed a treacherous act,” and that the deal was a “betrayal of the will of the Palestinian people and the will of Muslims.”

Senior Palestinian negotiator Saeb Erekat referred to the deal as a “poison dagger,” and went so far to claim that it “destroyed any possibility of peace between Palestinians and Israelis.”

What was likely particularly galling to the Palestinians was that this deal underscored the fact that, despite the dire warnings of the naysayers, the series of bold steps President Trump has taken in recent years — such as recognizing Jerusalem as Israel’s capital and moving the U.S. embassy there, declaring Israel’s sovereignty over the Golan Heights and halting aid to the P.A. — did not end up being an obstacle to peace. And despite the concerns raised by the pessimists, the peace plan unveiled by the Trump administration — one that proposed allowing Israel to annex portions of Yehudah and Shomron — didn’t turn out to be an obstacle to peace either. To the contrary, bringing the concept of annexation to the table as another piece to this complex jigsaw puzzle is what helped pave the way for this agreement.

At the same time, it is noteworthy that one of the key aspects being touted about this deal, which has been dubbed the “Abraham Accords” is that it will allow large numbers of Muslims to travel from Abu Dhabi or Dubai to Israel so they can pray at the al-Aqsa Mosque on Har Habayis.

As Torah Jews, we know that until the coming of Moshiach and the restoration of the Parah Adumah, it is forbidden for Jews to ascend to Har Habayis, and everything possible must be done to prevent Jews from entering this area.

Yet, though we welcome this step as a breakthrough for peaceful co-existence, let us remember that what we are really pining for is the glorious day when the built Beis Hamikdash will descend from Shamayim, and Jews and gentiles will flock there to serve our Creator.

May we speedily merit to see firsthand the fulfillment of the passuk (Yeshayah 56:7), in which Hashem says that “I will bring them to My holy mountain, and I will gladden them in My house of prayer. … for My house will be called a house of prayer for all the peoples.”