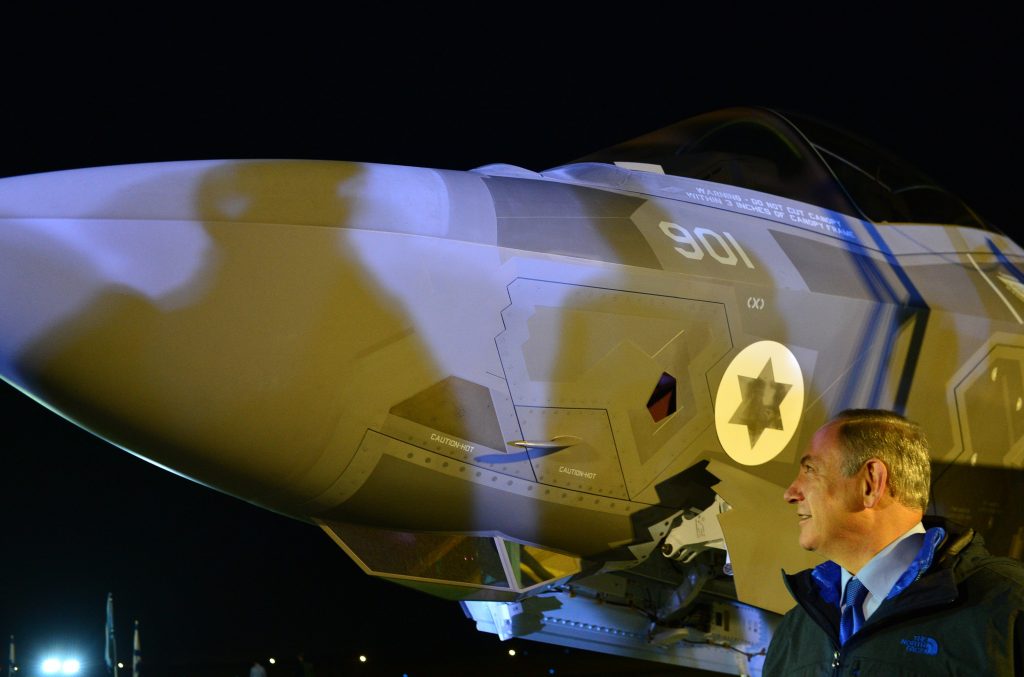 There is no secret clause in the Israel-UAE deal providing for a major arms sale to the Emirates, an unnamed White House official has said, according to Israeli media reports.

“What is in the agreement is what was in the joint statement,” the official said, according to Channel 12 news. The agreement makes no mention of military matters.

The comment serves as an unofficial American denial of a Yedioth Ahronoth report that as part of the deal, Israel assented to a “giant” U.S. sale of F-35 stealth fighters to the UAE.

“From the start, the prime minister objected to the sale of F-35 jets and other advanced weapons to any countries in the Middle East, including Arab countries that make peace with Israel,” the Prime Minister’s Office said in a statement.

Foreign Minister Gabi Ashkenazi said in a press briefing that “we are not familiar with any defense-related promises as part of the deal with the UAE, and if there are they weren’t made with the consultation or knowledge of myself or the Foreign Ministry.”

Intelligence Minister Eli Cohen told the Kan public broadcaster: “I don’t know that clause. I won’t consent to a situation in which there is a change in Israel’s qualitative security advantage in the region.”

However, Haaretz quoted unnamed senior Israeli officials who said that Gulf nations have frequently asked Israel to withdraw its veto to enable arms deals with the U.S.

The sources were quoted expressing concern that during the secret talks that resulted in the normalization deal, Israel could have agreed to such deals — without updating or consulting senior defense officials, who have been excluded from the negotiations.

Netanyahu admitted on Thursday that he kept Foreign Minister Gabi Ashkenazi and Defense Minister Benny Gantz uninformed of the developing agreement with the UAE.

A former director of the Mossad, Haim Tomer, downplayed the significance of such a sale. He asserted that the weapons transfer itself, if true, “is a non-story, since “Turkey also has F-35 jets and it poses a far greater threat.”

Tomer told Kan on Tuesday that he was more concerned about the possibility the decision was made without the knowledge of the defense establishment, as Yediot had reported.