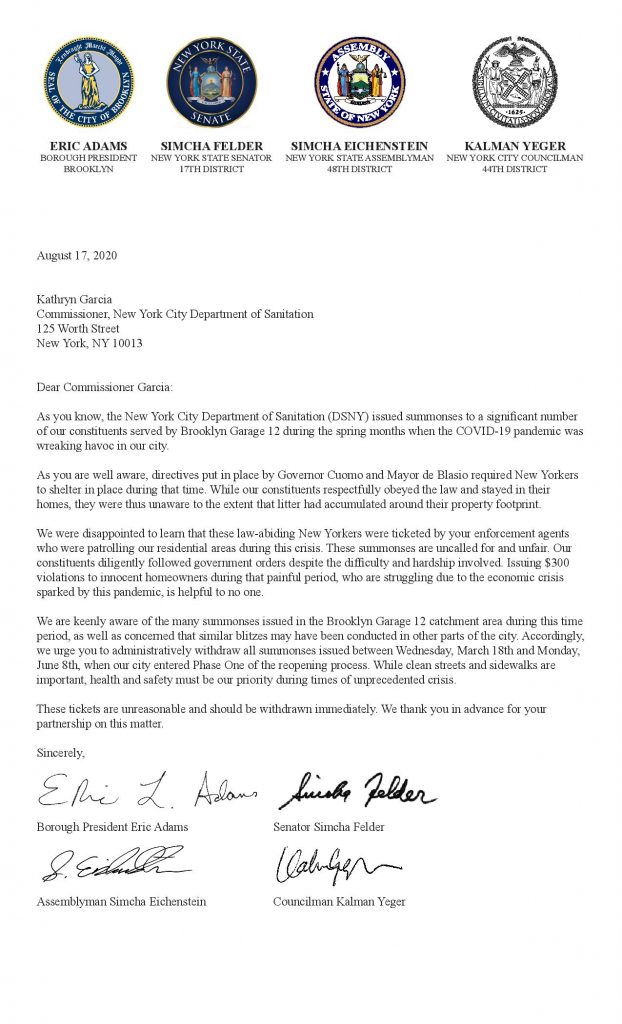 Due to the vast majority of people sheltering in place during the early months of COVID-19, there was much more trash than on average, and consequently there was an increase in tickets for sanitation violations.

As the elected officials noted, the summons and fines of hundreds of dollars came at a time of intense economic uncertainty and financial precarity for Brooklynites, and it would be “uncalled for and unfair” to punish homeowners who were carefully following orders and staying put, and therefore had very little power to deal with trash outside their homes.

Because of these extenuating circumstances, the representatives asked Garcia to dismiss all summons issued by Brooklyn Garage 12 between March 18th and June 8th.

“While clean streets and sidewalks are important,” the letter concluded, “health and safety must be our priority.”