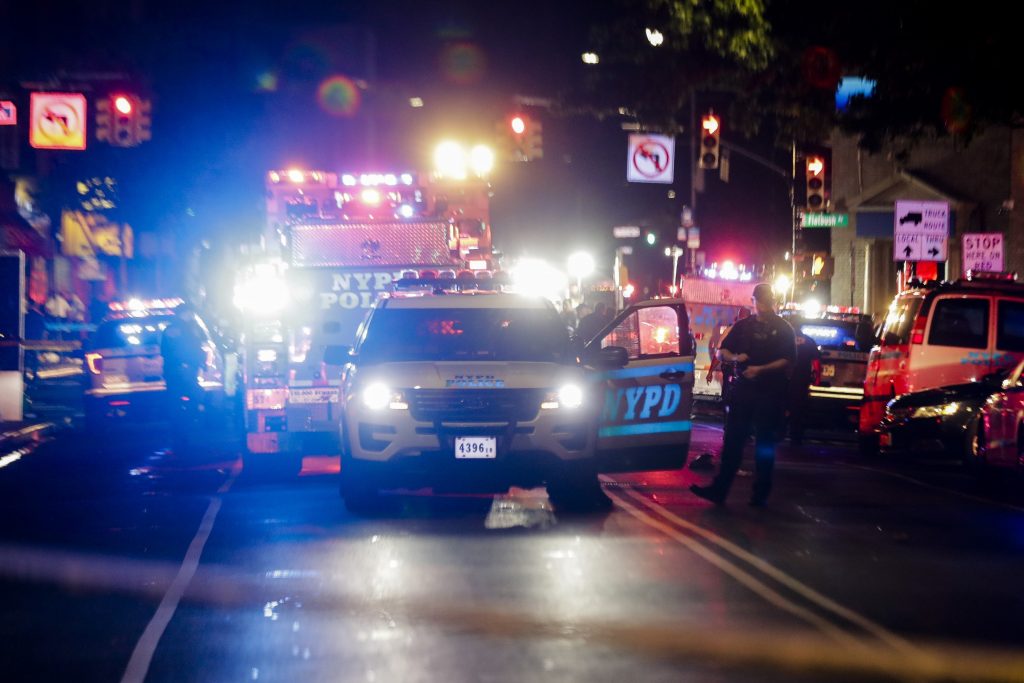 President Donald Trump is again threatening to send federal agents to New York City if local authorities don’t stop a surge of violence that has left seven people dead and more than 50 people shot since Friday.

President Trump, who’s running for re-election on a law-and-order agenda as a counterweight to the police- and criminal-justice-reform movement, reacted to the news of the mayhem in his hometown Sunday night on Twitter.

“Law and Order,” Trump wrote, directing his message at the city’s Democratic mayor, Bill de Blasio. “If (he) can’t do it, we will!”

It was the latest in a string of bloody weekends that have roiled the city in the wake of coronavirus-related shutdowns, rallies against police brutality and a month-long protest encampment in front of City Hall.

According to police, 51 people were shot from Friday through Sunday, six of whom died from their injuries. Another man died after a physical altercation, police said.

Mayor De Blasio on Monday dismissed Trump’s tweet as “bluster,” telling reporters that a recent uptick in gun arrests was a hopeful sign that the NYPD “will turn this tide.”

De Blasio’s press secretary, Bill Neidhardt, noted that Trump sent his tweet hours after retweeting a pundit who said Democratic cities should be left to rot.

Trump has used violent spikes in Democratic-led cities such as New York, Chicago and Philadelphia to justify claims that recent reforms and cuts to police budgets have handcuffed officers and allowed criminals to run amok. His re-election campaign has been airing commercials suggesting no one will be there to answer 911 calls if his Democratic rival, former Vice President Joe Biden, is elected president.

“The only thing rotten is Trump’s mind,” Neidhardt tweeted in response.

Trump, a Republican who grew up in Queens and built his namesake tower on Manhattan’s chic Fifth Avenue, backed off a threat last month to send federal agents to New York City to deal with protesters and increased violence, as he had in Portland, Oregon.

De Blasio had said the city would take legal action to stop such a move and Gov. Andrew Cuomo said Trump told him by telephone that he wouldn’t send any extra federal law-enforcement personnel to the city without discussing it with the governor first.

Trump’s emphatic loyalty to the men and women in blue — “We love our police!” he’s bellowed at rallies — and his aversion to some of the many reforms enacted across the U.S. after the Minneapolis police killing of George Floyd in May has translated into increased support from the law-enforcement community.

On Friday, Trump received the endorsement of New York City’s largest police union, the Police Benevolent Association. At a ceremony with the union’s leaders at his New Jersey golf course, Trump said recent changes to state and city laws governing officer conduct and accountability have “totally taken away their incentive.”

“They’ve taken away their lives, in a sense, because they don’t allow them to do their job,” Trump said.

New York’s recent crime wave has upended years of at-or-near record lows that had city leaders touting it as the “Safest Big City in America.” Still, it remains far safer than in the early 1990s, when there were more than 2,000 killings per year.

De Blasio has blamed the crime spike on pandemic-related “dislocations” and courthouse closures, while police have also blamed criminal-justice reforms.