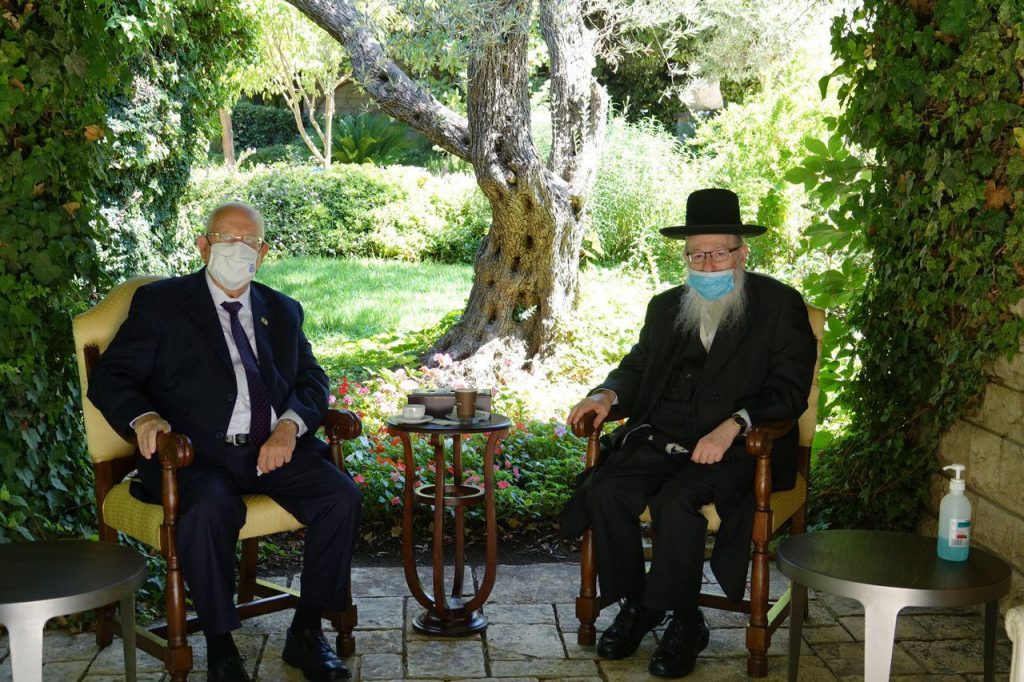 Housing Minister Rabbi Yaakov Litzman (UTJ) met Monday morning with President Reuven Rivlin in the President’s Residence in Yerushalayim, and called for the president to help ensure that the government will not call for new elections at this stage.

“We must unite in a joint national effort to prevent going to the polls again,” he told Rivlin.”It is unfathomable to hold an election in this difficult time, when the economy is in crisis, morbidity is growing. Israeli citizens expect the leadership to take responsibility for the needs of the people,” Rabbi Litzman said.

“Going to elections now would be a serious blow to the economy and to citizens,” he concluded.

The chareidi parties have said time and again that the country requires stability, and that new elections are the last thing needed in the current situation.