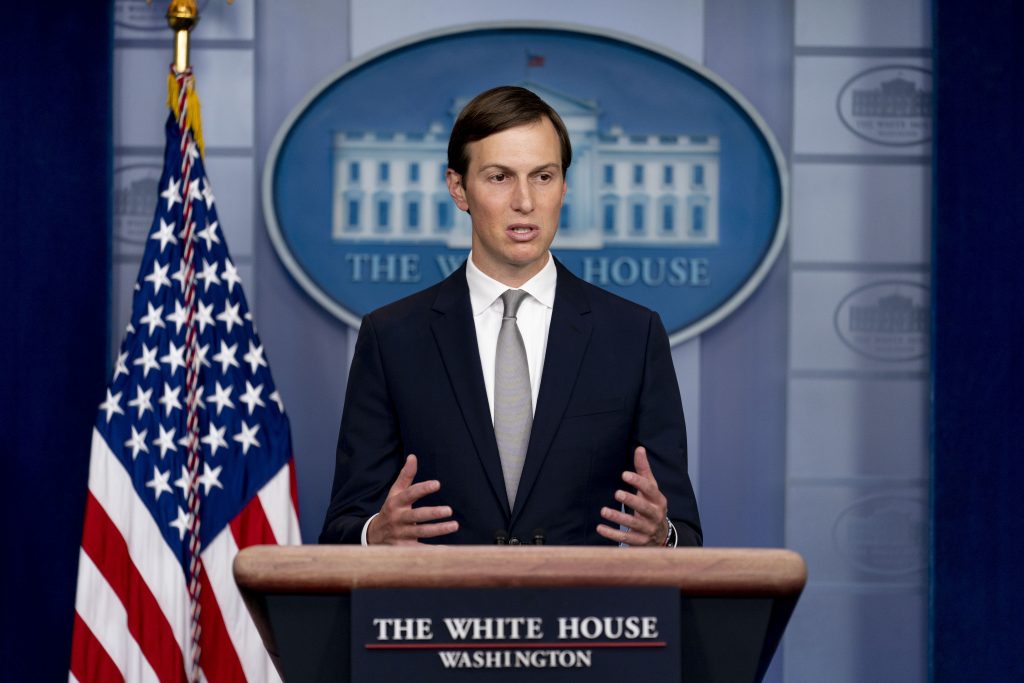 Top White House adviser Jared Kushner said Monday that the Palestinian leadership’s credibility has fallen to an “all-time low” and that the Trump administration wouldn’t “chase” the Palestinians over a peace deal if they continue to reject American overtures.

Speaking to reporters from the Middle East, Kushner said there was rising frustration in the region over what he said was the Palestinians’ obstruction of their people’s advancement.

The Palestinian Authority severed ties with the White House after President Donald Trump recognized Yerushalayim as Israel’s capital in December 2017. The Palestinians rejected Trump’s Mideast plan, which heavily favors Israel and was released early this year, even before it was made public, as being unfairly biased. The Palestinians condemned the UAE’s agreement with Israel last week as a betrayal of their cause.

In particularly harsh terms, Kushner said the world was “starting to block out the noise” coming from Palestinian officials, calling their responses “just so predictable and illogical.”

Kushner said the Trump Administration had been repeatedly rebuffed by the Palestinians, despite numerous attempts to try to ameliorate their conditions. He cited a regional economic conference held last year meant to raise funds to better the Palestinian economy, as well as Trump’s Mideast plan, which he said gave the Palestinians “most of what they’ve ever wanted.”

As part of the UAE deal, Israel agreed to put on hold its plans to annex parts of Yehudah and Shomron. But both sides’ interpretation of what that meant appeared to differ, with Israeli Prime Minister Benjamin Netanyahu saying the move was on “temporary hold” following a request by the Trump Administration, and the UAE indicating it was entirely off the table.

Kushner said he believed the agreement to put off annexation “will hold.”

“(Netanyahu) has given us assurances that he will not do it without our consent, and that’s good enough for us,” he said.